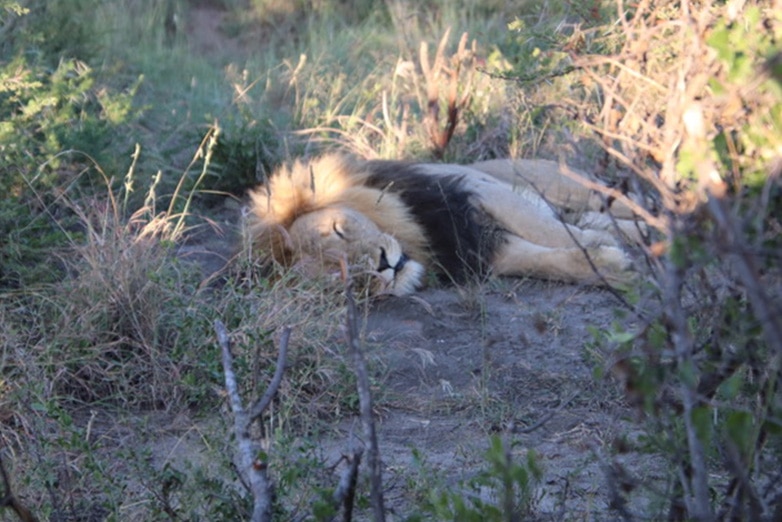 A Salute to the Complexity of South Africa

Step aside from the politics and the lingering history of apartheid, and you’ll find a complex country overflowing with majestic beauty:

The people. The ever-changing topography. The temperate climate. And, of course. The wild life.

We stepped off the plane in Cape Town, never to be the same again.

I’m still trying to wrap my mind around all that I witnessed. To deconstruct the experience for a blog post is nearly impossible.

Indulge me as I attempt to share just a few memorable moments from this amazing journey.

Steve and Bridget Griessel, owners of Betz Winery in Washington state and co-founders of Live Africa were our hosts. Their incredible leadership is worthy of another blog post, but for now, let me just say that Steve offered a stark and realistic warning at the beginning of our safari.

“Just because the animals are calm, never assume that they’re tame. Things can go wrong very quickly,” he stated upon our arrival at Madikwe reserve.

The Griessels are from South Africa. I listened, and I believed.

Co-Existence, Order, and Life in the Bush

We would quickly learn that the Medeweque bush isn’t a zoo. The animals roam free in their natural habit, and they do what they must to survive. On one of our morning game rides, we stumbled upon a pack of hyenas, one carrying a dismembered giraffe leg in her mouth.

Later that afternoon, we would come upon two lionesses feasting on the fresh remains of a warthog.

I had to keep reminding myself that I wasn’t on some Disney back-lot overrun by animatronics. This was real. Then we came upon two sleeping lions, both seemingly cute and cuddly as your favorite stuffed animal—oh, please, how I’d love to kiss that sweet nose—until he woke, stretched, and slowly stood up to reveal the power of his body.

It was then that I fully understood Steve’s earlier warning.

As an American who grew up amongst Disney and zoos, it’s difficult to imagine a place that is not staged for our enjoyment. Yes, we were tourists on a private reserve, but we were also guests of the bush. We had to follow the rules. To do otherwise could prove disastrous.

What we witnessed was life in action. Alive, sometimes violent, yet somehow orderly and serene.

I quickly saw the connection between the bush and life in general. Order in any system is paradoxical. Chaotic in one moment as someone or something sweeps in for the kill—yet, somehow, quiet and serene once you let go and learn to accept what is.

I leaned in. I shut off my phone. Fell into the abyss of experience without feeling compelled to capture it all on social media. No television, radio, or news.

I welcomed the unknown. I trusted the wisdom and knowledge of our guide. I learned to respect a space that does not bow to our humanness but rather points to what an insignificant part we sometimes are in the larger context of life.

I saw God in every detail from the precision of the minute design on the zebra’s body, head to tail, to the stark beauty of land parcels ravaged by the march of elephants.

As we peeked into the life habits of multiple species: lions, giraffes, wildebeests, impalas, rhinos, hyenas, cheetahs, zebras and more, they barely took notice. Yes, they would stop and stare, curiously aware and consistent in how they measured whether or not we might be a threat, but in the end, it was we who learned our place in the system.

Everything has a purpose and place in the wild. Nothing goes to waste. All is interconnected.

When you’re in the midst of their kingdom, and you see how they co-exist side-by-side, surviving—yet, only taking that which is needed—it makes you wonder, why can’t we do that? Is mankind the only species for whom there is never enough? Are we the only gluttons?

Yes, it is survival of the fittest, but there is an order to the multiple ecosystems that co-exist in the bush. The lion hunts, eats, then sleeps. After a fresh kill, the hyenas and vultures sweep in to share in the feast and return the system to balance.

A large herd of elephant silently march to the closest watering hole to fill their bellies, but when the matriarch has her fill, she gracefully turns away and moves on. The rest follow in a silent dance, and within moments, the herd is once again camouflaged by the bush.

Co-Existence, Disorder, and Life in the City

There is much to be said about the struggle that exists between black, white, and colored in South Africa. The effects of segregation are still not resolved. Who is entitled to what land is quite controversial. White farm attacks and murders are of great concern; shanty townships still exist alongside luxurious communities. Locals candidly speak of government corruption now that Mandela is no longer alive to affect unity and stability.

Urban crime is also an issue. As we walked through a large elitist mall, I couldn’t help but notice that each store had a guard positioned outside its door. Our hotel room also had men strategically placed outside the elevator to the rooms above. Upon entering our floor, a room key was required to move past a glass barrier that separated the corridor from the adjacent rooms.

With all its many challenges, South Africa is clearly not an easy place to live. It will no doubt take generations to right the many wrongs.

In my limited time there, I discovered a proud people—no matter their color—it was like going back to the beginning of time, leaning into a history that goes beyond anything we can understand here in the United States. Let’s face it. They have vineyards older than our entire country.

All this to say, in all my travels, I have never been more humbled by such a place as this.

An Impossible Dream Ends in a Teary Farewell

There are eleven major languages in South Africa. As I listened to our guide speak to his colleagues in his tribal tongue each day, it was like listening to a chorus in sweet harmony.

Perhaps this is why I found myself in tears the morning of our departure as the staff sang their goodbyes. Yes, in just a few short days, I had somehow come to love each and every one of them for the joyful way in which they shared their gifts and talents on our behalf—each working long hours to make sure that we had the most meaningful and unforgettable experience.

They had succeeded beyond my wildest expectations. Leaving them felt like leaving something rich and precious behind—a rare gift that one only gets to experience once in a life time.

Later that morning, as the small aircraft lifted off and I saw the bush below me for the last time, my eyes welled up once again.

Why the flow of emotion, I asked myself? I have traveled to many amazing, far away places. What is the impact of this place? Why is it so difficult to leave?

It was only then that I remembered the dream. As a young girl, I had imagined myself going to South Africa. Even then, I was somehow drawn to this place. Much later, as a teenager, I dreamed again of South Africa via the Peace Corp.

But, life happened, as it always does, and the dream faded away. As a wife, mother, and business woman, it was impossible.

For now, my hope is that you will resolve your complex differences in honor of your rich tapestry and all the heroes that came before you.

And, I pray that you will hold the wisdom of Nelson Mandela close to your heart as you reinvent what’s next for this amazing country.

I know I will as I remember his words that “It always seems impossible until it is done.”