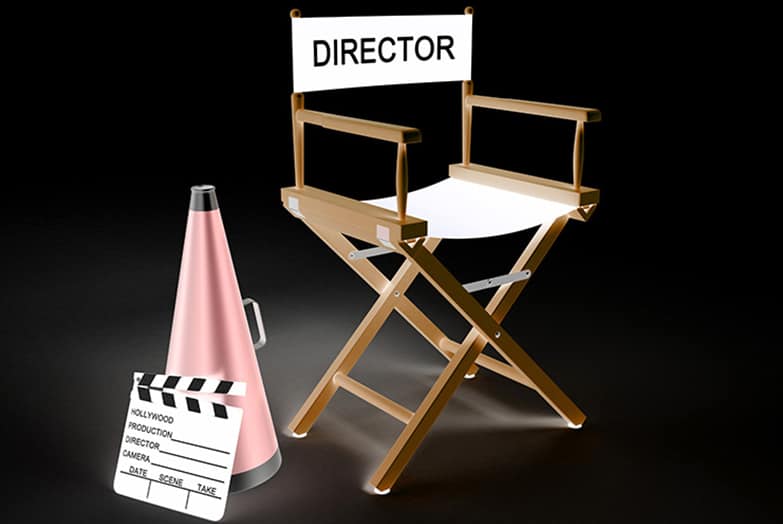 Adult Development: Be the Director of Your Own Movie?

Time to wrap up this series on stages of adult development. Last week I did a brief introduction on the Causal Tier. This is the tier where awareness of awareness kicks in. It includes two distinct stages: Construct Aware and Transpersonal.

Yes, there are kosmic stages beyond the Causal Tier. I’m not even going to go there as it gets way too complex for a blog. People at these far later stages are often mystics—rarely do we find them in business.

Since there’s little chance you’ll run into these rare beings at the water cooler, I think it’s safe to end this series on the 9th floor of our imaginary building of human development—the Construct Aware stage.

If you’re living or working with someone at this later stage, you might find them uniquely different—perhaps even a bit odd.

Here’s a few reasons why.

Being aware and having awareness of your own awareness are two very different things. Awareness of awareness means that the mind is consciously flooded with a myriad of thoughts, ideas, feelings, maybe even visions.

Much of this is true for many of us—we just don’t happen to notice it in the precise moments that it’s happening. The person at the Construct Aware stage does.

Being present in the moment in this way can be glorious. It can also feel a bit overwhelming.

Imagine a thousand movie scripts all running in your head at the same time. And, they’re all somehow connected which makes it’s difficult to prioritize among them. Since there are so few people who reach this later stage, life can also feel a bit confusing and lonely.

Remember, I mentioned that at the end of every fourth stage, we move into a new tier. This developmental movement is often disconcerting because we’re literally reinventing our sense of self.

Think of the more concrete transition from middle school into high school as an example. Child or adult? Which am I?

If we apply that scenario to later stage development, we’re no longer on the 8th floor, but we haven’t quite settled into our new self on the 9th. It’s messy and awkward at first.

As I mentioned in earlier blogs, this transition between tiers is when people sometimes think they’re losing it. They may want to move, abandon careers, friends, or wives.

Awareness of awareness also means that I understand that everything is constructed. If I’m able to witness my own thoughts, I come to understand that I create my own story. Yes, we saw this at the later stages of the subtle tier, but this awareness is even more pronounced now.

For the Construct Aware, it’s a bit like being the actor and the director of your own movie.
He might start to question his entire existence. Has all of life been nothing more than a series of made up stories?

For example, many of the great contemplatives or mystics whom we know have evolved to these later stages speak to an angst or what they call dark night experiences. Mother Teresa, for example, speaks to as a deep sense of being abandoned by God.

I offer up this example because if you’re someone who’s feeling incredibly out of sorts with your life—it might mean that you’re entering a time of profound and meaningful transition.

Such a time as this can warrant deep spiritual, emotional, or even psychological supports and intervention. You don’t have to feel scared or alone. People in the field of human development can guide you through this process.

Why Being Tongue-Tied May Not Be a Bad Thing.

In the middle of all this awareness of thoughts, ideas, and feelings, a person at this stage may find it difficult to express themselves. Patterns of speech are often broken and interrupted. To those of us at earlier stages, it may seem as though this person is disconnected, aloof, somehow not all together.

In reality, the Construct Aware are attuned to the impact of words and labels and how they alter our experience and judgement. With an ability to simultaneously witness multiple projections, they often stutter, stumble, and falter in an effort to find just the “right” word or idea.

Remember, if you’re on the 9th floor, you also have access to the concrete and subtle nuances of the eight floors below. It’s a lot of awareness for one mind. A paradox of fullness and emptiness rises up—perhaps a sense of I know what I know, and what I know is that I know nothing at all.

All thoughts, feelings, and emotions are subject to context.

Ultimately, we all innately seek wisdom. These later stages of development can be an exciting opportunity to fully embrace wisdom and a renewed sense of self.

Your past doesn’t have to dictate your future. Your present is what you make of it. We are blessed with the potential to grow and develop into higher levels of consciousness.

The view from the later stages of human development are absent negative projections, jealousy, judgment, and ego-centric desires. Anything is possible, but ya gotta do the work!

I challenge you to fully embrace the journey.

If you’d like to know about your specific stage of development and how it may be impacting your business and your life, please contact sharon@SharonSpano.com.

[callout]This post is part of a series written by Sharon Spano, PhD. The series is titled, The Stages of Human Development. To learn about the first six stages of human development, read my previous posts: