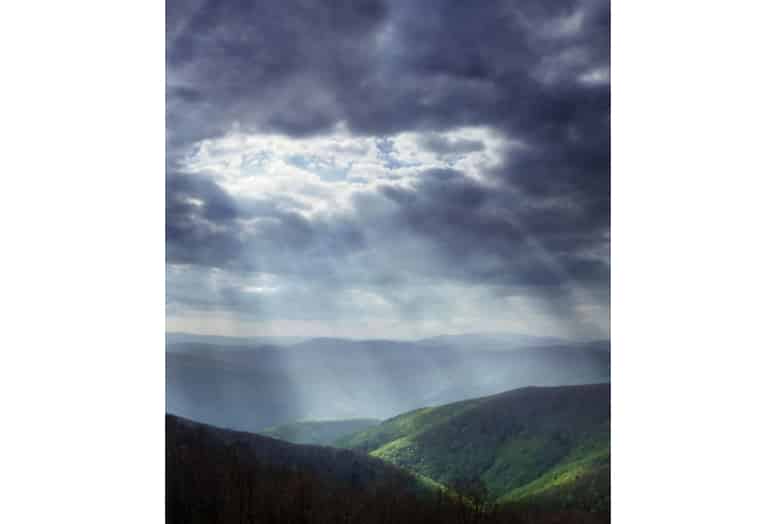 September 4th marks the day our son Michael officially stopped breathing. One minute we were all packed up and ready to leave the hospital—in the next his lips began to quiver, and we were suddenly marching down a dark road to nowhere.

It was a horrific scene. One of those Grey’s Anatomy moments when everyone comes rushing in. Code blue, red, whatever. Suddenly Michael was their child, no longer mine. I’m shoved out the door—just one more hysterical mom in the hallway, out of the picture, erased from his life.

It’s taken me six years to stop reliving every second of that hour. Still, when I wake on this day I remember that September 4th marks that moment when Michael officially left us.

For the next 13 days, we would go through the rituals of letting go. Phone calls, people coming and going, prayers, Michael stories, tears, all night vigils by his bedside. We would hope against all odds that he would once again open those big brown eyes.

Then, somewhere in the middle of it all, a young doctor I’ve never seen before entered the room and quietly suggested that we stop the nutrition.

I cannot. I refuse. If it must be done, let someone else give the order.

My husband bravely does what’s best for Michael when I cannot. I am useless.

On Day 12 we would release all hope. On Day 17, Michael would let go. And, we… we would be left to pick up the pieces of a life now cracked open.

But, the cycle of life spins on. You can’t believe it will, but it does. You cry. You mourn. You learn to laugh again. You have your bathroom renovated, and you pretend that it matters.

Even so, weird thoughts seem to be ever present. Like I woke this morning thinking about how odd it is that we are renovating a bathroom when six Septembers ago, we were renovating the kitchen. I had made the kitchen island smaller to accommodate Michael’s wheelchair. Now, I have a newly renovated kitchen and bathroom that Michael will never see.

There are restaurants that we go to that he’s never known. Babies have been born. Aging parents have passed on. In the midst of it all, his name is whispered. He is thought about and remembered. But, he is not here. I cannot touch him. I cannot hear his voice. Yes, life has gone on, but there is an emptiness about it now. An emptiness that will never be filled, and we are not the same people we once were. We will never be the same.

Still, Michael is everywhere. When the air breathes the slightest chill, I can hear him say, “Mom, it’s almost Fall.” I pass a car dealership, and his laughing voice teases, “I’ll buy you a Lamborghini on your birthday someday.” And so it is with every moment. Every thought, every action, every hope and desire somehow points to him. Michael, in the midst of it all.

Can there be a greater loss than losing your child?

In the first year, it’s like learning to ride a bicycle for the very first time. God is the big guy standing behind you, helping you learn how to balance in the darkness. But, then, as time moves on, He lets go. The numbing peace of grief wears off, and you’re forced to pedal on your own. Oh, He’s still there for sure, the ever-present Father, just in case you stumble and fall. But, you must learn to strengthen your own muscles so that you can move forward.

And when people see you pedaling down the street, they whisper, “Wow, look how great she’s doing. Look how she’s mastered her bicycle of grief. She’s moving through life much easier now.”

What they don’t see is that, on the inside, you’re still cracked and broken. The pieces are glued together by the love you’ve know, but they are pieces just the same. You’re no longer whole.

Here’s what I know. It is in the brokenness that we find strength. It is in the darkness that we find the blinding light of love and compassion for all mankind. We restore our hearts and minds toward God. We come to rely on He who is omniscient, almighty, and glorious. We come to find new purpose and passion in life. Yes, we are different, never to be the same. Yet, somehow, in our suffering and brokenness we come to be something stronger.

Perhaps that is the legacy of our lost child. Perhaps in their suffering they teach us how to embrace our own such that we transform our loss into something sacred and purposeful.

In her groundbreaking research, Bernstein (1997, 2010) speaks to several thought patterns that parents experience after losing a child. A few of those patterns are:

I so get it. I’ve been living the first two perspectives for some years now, and I’ve been trying to figure out the third. I’m almost there.

Bernstein, J.R. (2011).
When the bough breaks: Forever after the death of a son or daughter