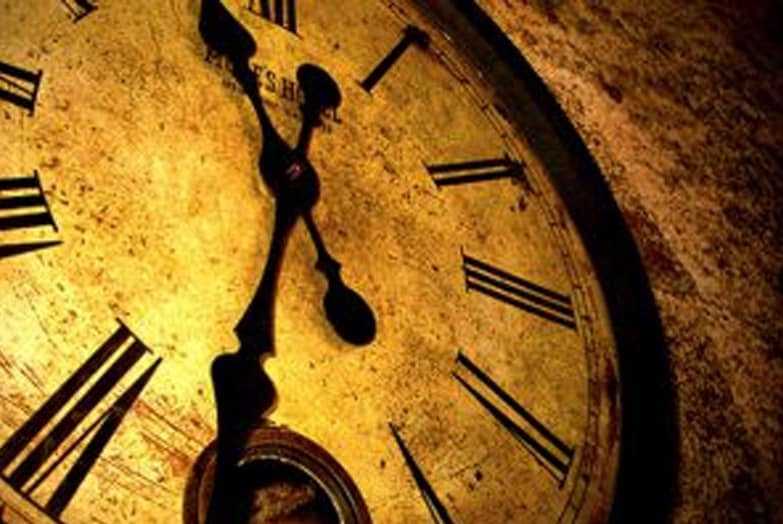 Are You Chasing Time? (Revisited)

Time is really about perception. Either we believe we have an abundant amount of time each day and week, or we feel like there’s never enough. In my experience, we tend to fall into one camp or another.

My husband, for instance, always believes he has an abundance of time. If you’re around him through the course of any given day, you’ll hear him say, “You’ve got plenty of time. Take your time. There’s no rush.” It’s comforting when I’m rushing through the house with my hair on fire, late for that early morning appointment.

Guess what? He does always have plenty of time. He’s one of the most productive people I know. Time doesn’t run him; he knows how to utilize it.

Do you know how to utilize time or does time run you?

The question is, which camp do you fall into? If you’re in the “not enough time” camp (and I still visit there on occasion), here’s a way out.

Recognize Time as Perception: Simply put, change your mind. You don’t have less time than anyone else. You’re not busier or more important.

We all have the same amount of hours in a day. There’s a good chance, however, that you waste more of it than those around you who seem to be more productive.

If you live in a conversation of scarcity about time, you’ll always feel that you’re chasing the clock. Learn to respect time and use it wisely.

Keep a Time Log: I know, I know. You don’t have time for that. Trust me. If you just commit to one week, you’ll be amazed at what you’ll discover.

This is a simple and very important step. Jot down the four or five major categories that take up most of your time each day. For example, Meals, Meetings, Phone Calls, Emails, Clients. Whatever. Place those categories across the top of a page with specific hours along the left hand side of the page.

As you engage in your work week, block out segments of time for each element of your day. Watch what happens. I can pretty much guarantee that you’ll see exactly where your time is going. Where you’re wasting time, and who or what is robbing you of time.

I did this exercise years ago and discovered an amazing thing.

When I wasn’t on the road speaking, my friends and family assumed I wasn’t working. They’d call the office to catch up, and I was spending an inordinate amount of time on the phone each day.

Once I realized this, I changed my thinking and my process. I simply started returning personal calls at the end of the day instead of allowing them to interrupt my work day. With the exception of my husband, I rarely take personal calls while working, and I find that I’m able to stay focused and get a lot more done.

Forget about making lists of things you’re going to do anyway. Think about the most important things you want to accomplish each day and bask in the satisfaction of getting it done.

Time chasers feel like they’re on a treadmill because they never get to those most important things. They often are repulsed by the thought of scheduling proclaiming themselves as spontaneous beings. Actually, they’re more constrained.

It’s the old adage, fail to plan, and you can plan to fail. If you don’t make time for those most important things, you can be certain they’ll never get done. The result? You’ll always feel like there’s never enough time to do the things that matter.

I’m not just talking about work-related projects either. Schedule recreation time, date nights with your spouse, time with friends. As Dr. Covey taught us in the ‘80s, scheduling priorities gives you focus and purpose.

Embrace the White Space: You need a road map for time, but you don’t want to fill every minute on the calendar.

Have a to-do list elsewhere if you need to, but not on your road map. People who have every second of their day spoken for also feel constrained, and when something unexpected hits them, as it always does, they panic.

It’s about balance. Leave lots of white space on the calendar for all those details, emergencies, and unexpected needs that will arise. The white space gives you the freedom to respond to the unexpected.

I know that some of you are probably feeling that I’ve stated the obvious. You’ve tried this kind of stuff, and it’s never worked for you.

You’re probably right. I remember a time when I used to think that if I just had the right day timer, my life would be perfect. Maybe a leather one? iPad? Latest iPhone? The truth is none of it worked until I changed my thinking.

Time is perception. You can either decide how you want to use it or you can let it run you.

This was originally published on October 14, 2013 and has been slightly revised.

Question: What do you believe about time?