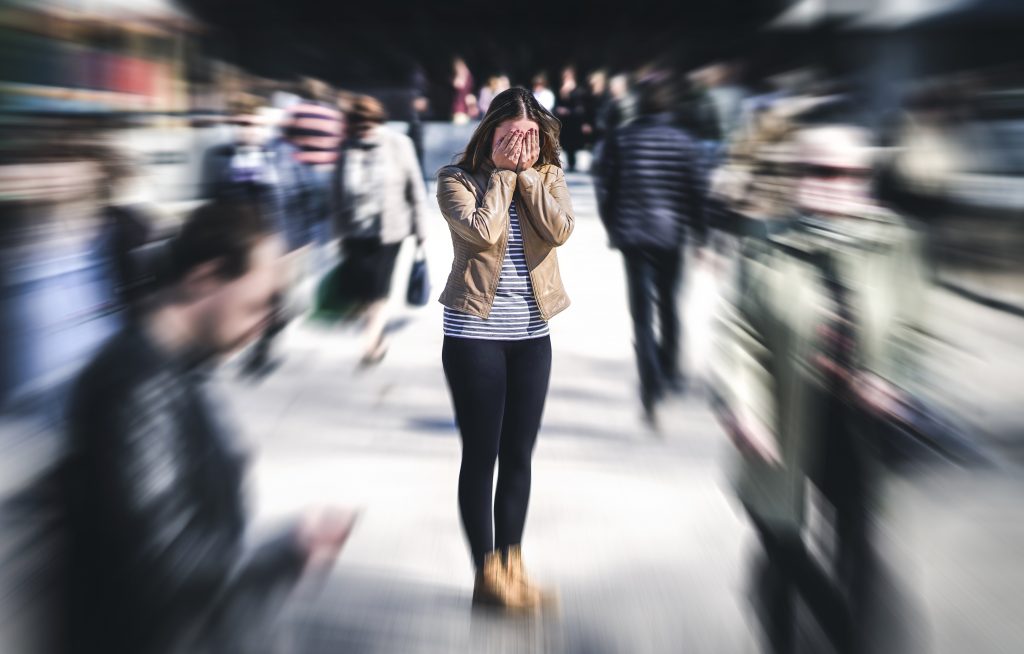 Are You Experiencing Anxiety in a Post-Pandemic World?

Anxiety seems to be one of the things people are struggling with as they transition back to life and work after the isolation of the pandemic.

For some, anxiety can show up as an all out panic attack—shortness of breath, tightness in the chest, a feeling of faintness or even dizziness. Others report that they thought they were having a heart attack when the first episode occurred.

Anxiety can be the result of many factors, and it might be wise to seek medical advice if you’ve had one or more episodes. However, I also want to remind you that adrenal exhaustion can also cause very similar symptoms.

For example, I experienced similar sensations on several occasions when my son Michael was critically ill. What I didn’t know at the time, was that I was well into adrenal exhaustion. My body was simply responding to the lack of cortisol after years of caretaking and being in and out of the hospitals.

Anxiety can also be a symptom of trauma being trapped in the body. When we are placed in stressful situations—like a year and a half of worry and stress over our financial situations, the health and wellbeing of our loved ones, the incessant news of violence, political division, and all the ongoing effects of the pandemic at a global and national level—we are in a state of individual and collective trauma.

Prolonged fear and stress places the body in the fight or flight response. When the stress morphs into heightened states of anxiety, this is often an indicator that we are in a frozen state. In this frozen state, trauma is trapped in the body.

When I think of a frozen state being lived out in real time, I think of the work of Peter Levine who works exclusively on the somatic release of trauma in the body. Levine is renowned for his work has with soldiers experiencing the effects of PTSD.

I’m also reminded of a YouTube video of a polar bear being hunted and tracked by a helicopter in the Arctic.

What you’ll see in the video is the polar bear running for his life as he experiences the life-threatening danger of the helicopter pursuing him over head. Yes, he is in the flight response because he innately knows that he cannot fight the harrowing effects of a much larger threat that is airborne.

What he doesn’t know is that the helicopter is full of scientists who want to tag him for future research. Nonetheless, the perceived threat is real, and when the bear is taken down by way of an injection that puts him to sleep, the researchers land to witness the bear’s ongoing flight response:

His legs continue to move as though running. He whimpers in fear. His rapid breath and heart rate all indicate a continued flight response even though the event is over and he’s completely unconscious.

If you are experiencing anxiety attacks, you are that polar bear—yes, still running under the threat of the pandemic and all it represents. The difference is, you can do something about the stress or pressure you’re experiencing.

The process begins with acknowledging some of the other issues that may be adding to your stress during this time of transition:

We’ve been in isolation. Some of the mandates with respect to masking and social distancing are slowly lifting as the vaccine becomes readily available and we are opening up our work and social spaces.

Pay attention to how these moments of re-entry are effecting you. Are you experiencing:

More irritability in social spaces like super markets, gas stations, malls—any where that has a lot of people—places where you no longer feel safe?

People are out and about. Some are wearing masks; many are not. Restaurants and retail stores have lost employees and many have regained new employees that are not necessarily trained.

Give yourself room to be uncomfortable. Pay attention to when and where it’s happening. but, also, give others space as they, too, are transitioning into more open spaces.

For quite some time now, we’ve enjoyed less traffic. This luxury is quickly changing as more and more people are getting back to work and recreation.

I know the first time I hopped on I-4, I felt overwhelmed. We’ve had a lot of people migrate to the Orlando area from larger cities as a result of Covid-19. Plus, our interstate is under heavy construction. Since I haven’t travelled across town since the onset of the pandemic, I’m finding myself a bit unnerved in traffic.

Awareness of this tension has helped me make different choices as I position myself for re-entry into the community.

Notice how the spaces you’re in are impacting your sense of wellbeing. If people or places are causing you undue stress or anxiety, pay attention to how your body is responding and perhaps consider another approach or strategy that will help you ease back into the world.

What you don’t want to do is ignore the fact that you have been through a very traumatic season in life—because again, failure to acknowledge where you are, will only create a frozen state of trauma that will only cause you health issues in the future.

Additional things to consider are an increased sense of isolation or fear, anxiousness, uncertainty, doubt about what the future holds, inability to focus, numbness, and, the most common complaint, loss of creativity.

These are normal emotional states that impact how we reintegrate into world. If they’re serious enough and you can’t seem to shake these sensations off, you may need to seek counsel, therapy, or even a coach.