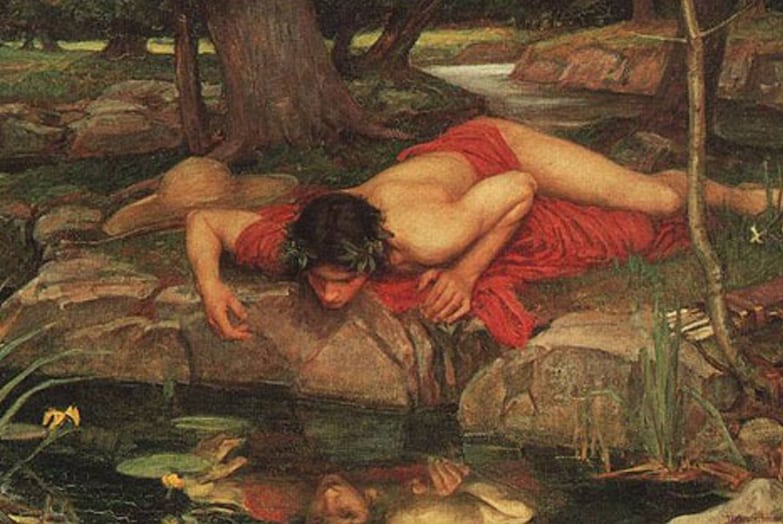 Are You Working With A Narcissist?

First, let’s be clear. Not everyone who has a big ego is a narcissist.

Narcissism is one of those ugly words that is overused and misunderstood. In psychological circles, it’s viewed as a serious pathological personality disorder. Probably a bad idea to pin such a label on your boss—or anyone else for that matter. However, if you’re out there in the corporate world, there are a few things about narcissistic leaders worth knowing.

If you’re like me, you probably remember venturing into Greek mythology as a kid. I loved the enchantment of those writings. I recall stumbling upon the character of Narcissus.

You may remember him as I do—that mesmerizing face, so captivating. It’s not hard to understand how he came to fall in love with his own reflection in the waters of a nearby spring. The myth is filled with the many nuances typical of Greek tragedy.

In our modern society, however, those nuances play out in really destructive ways. In real life, a narcissistic leader doesn’t just self-destruct. He destroys the people around him.

Kets De Vries, the world-renowned thought leader on narcissism and leadership, describes narcissists in this way:

“They can be found wherever power, status, or money is at stake. Outwardly normal, apparently successful and charming, their lack of empathy, shame, guilt, or remorse can have serious interpersonal repercussions and destroy organizations.”

Narcissists believe they are superior to others and that the rules don’t apply to them. They are highly skilled manipulators. One element of this skill is their charisma. This charisma, however, is based on a need to have everyone like or love them. Unfortunately, once a narcissist reaches the top echelon of the organization, status is more important than the goals of the organization or the people they serve.

There are essentially two things that make narcissism so very difficult to manage: cause and cure.

Psychoanalysts basically agree that the cause of narcissism is unknown. Some speculate that the disorder is the result of biological vulnerabilities or early social interactions with parents/caregivers.

For instance, in the early developmental years, birth to age five, children who experience excessive pampering may be vulnerable. In some instances, parents who live vicariously through their child and parent- out of a need for their child to be special or talented in order to maintain their own self-esteem, may cause the child to develop a propensity for narcissism.

Juxtaposed against the excessive pampering style, narcissism can also develop as a result of neglect, abuse, or trauma that is inflicted upon the child during those early childhood years.

The human psyche is a complex system. If you’re working with an individual who consistently causes you grief, confusion, anger, or frustration, here’s something to consider.

Remember, narcissism is a personality disorder. Assuming you’re not part of the problem, there’s little chance that you can change the situation. The disorder is not easily treated because the very nature of narcissism is, well, “I’m perfect. It’s the rest of the world that’s messed up. I’m not the one who needs help. You do.”

The pathological narcissist is virtually unable to see, understand, or admit to any faults or wrongdoing.

The complexity of this disorder lies in the paradox of self-love that actually stems from extremely low self-esteem. This much we know: narcissists cannot bear even the slightest amount of criticism or challenge to their authority. Grandiosity and selfish behavior serve as protective shields for a fragile identity.

This is an important element to understand if you’re someone who likes to confront issues from a logical perspective because narcissistic thought patterns and the behaviors associated with them are outside the scope of logic.

If you suspect you’re living or working with a narcissist (or even are one), I encourage you to dive deeper into this most intriguing phenomenon. A good start is the renowned work of Kets de Vries, The Leader on the Couch (2006).

After three years of struggling with a narcissist in my own work environment, I finally did what Kets de Vries recommends: Move on.