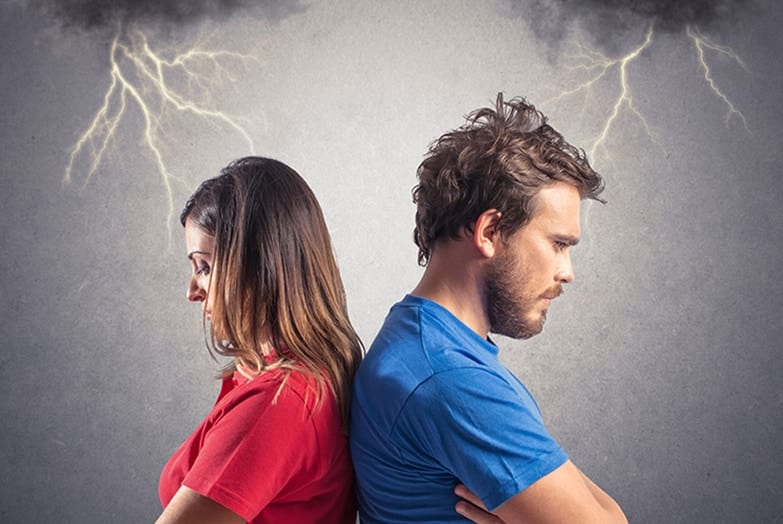 Women are complicated. I get it. Over the past week alone, I’ve had conversations with at least three different men who were confused. Why is she angry at me all the time, one man asked?

Well, there are as many reasons a woman gets angry as there are women in the world.  For the most part, however, if the woman in your life is really angry much of the time—and that anger is directed at you, the man in her life— it’s safe to say that it’s about a lot more than your forgetting to take out the trash.

Yes, as women, we get upset over small things that bother us over time. Like standing toilet seats or wet towels scattered on the bathroom floor.

But, get this. It’s not about the seat or the towels. It’s about not being heard.

News Flash:  When a woman is consistently angry at YOU, it’s because she’s trying to get your attention.

Being ignored can look like many things. Obviously, we’re not responsible for someone else’s emotions, but if you’re in a relationship, it’s important to remember that women thrive on intimacy.

We need to connect with the people we love, and that connection has to go beyond the grunts of daily life: “Huh, where’s my clean underwear”?

Also, intimacy is not about how much time you spend with her. It’s about the quality of time spent.

Ask yourself, when was the last time you had a meaningful conversation? Do you really understand how she thinks and feels?  Do you care about what’s going on in her life?  Are you respectful of her time? Do you listen and respond to her needs?

A moment of conflict is actually a great opportunity to explore some of these questions. However, men tend to ignore an argument once the storm has passed hoping that the situation is now “fixed.”

Can I just say that if you haven’t talked through what caused the argument in the first place, there’s a good chance that it’s still ticking inside her head like a time bomb ready to go off. Don’t assume that her anger will disappear if you ignore it long enough.  A woman’s anger only grows in strength if she’s ignored. The bad news is, it morphs into a silent resentment that is guaranteed to make both your lives miserable.

It doesn’t take much for a woman to feel appreciated. Men sometimes make the mistake of only showing appreciation on the “required” dates like Valentine’s and birthdays.  Yes, women love to be remembered on those special days. Yes, we love gifts and flowers.  But, appreciation is so much more.

Appreciation can be defined as the recognition and enjoyment of someone else’s good qualities. The key word being enjoyment.

What are her good qualities?  Do you let her know?

We don’t need diamonds or a billboard along the interstate. (Okay, so  maybe I’m fudging a bit about the diamonds!) Just value us for who we are and what we bring to the relationship, and we’re good.

Appreciation also includes placing a value on the daily mundane tasks that seem to magically happen in the course of life together.  As one of my friends recently put it, “There’s no toilet paper fairy in my house. Tag, I’m always it, and it gets really old.”

Something as simple as unexpectedly loading the dishwasher can make a woman’s day.  A rose on the pillow is a beautiful thing, but nothing makes a woman feel more appreciated than a kind acknowledgment that what she does matters.

Being Taken Advantage Of

In business and in life, some men attach themselves to certain women simply to take advantage of what they have to offer. This something can be anything from sex to money to talent.

If you’re one of those guys—and you know who you are—there’s a good chance that she’s angry because she’s figured you out. What she hasn’t figured out yet is how to dump you’re sorry . . . so, she’s punishing you along the way.

Long-term anger is a way of processing that’s not healthy for either one of you. Yes, sometimes women over react.  But, if you’re taking advantage of a woman, for whatever reason, you’re not doing either one of you a favor.  Examine what you’re doing and why.

Commit to making the necessary changes.  Or, move on.  Both of you deserve a relationship that is authentic and true.  Don’t waste time trying to manage her anger when deep down inside you know you’re the reason why.

This is where things get really confusing for men. You’re probably thinking, wait a minute!  Women don’t want to be ignored or controlled?  What’s a guy to do?

My pastor once said:  Rules without relationship create rebellion.

Don’t confuse your manly need to fix and control with her need for love and care. They’re not the same thing.

Yes, we want the guy on the white stallion who can love and protect. However, we’d prefer to ride along side on our own white horse.  Give us a boost into the saddle, but don’t try to take the reigns. We can gallop on our own, thank you, very much.

Then, there’s the subtle control that looks more like a helpless boy who needs mothering.  Women initially respond to this type of control because of our maternal instincts.  Over time, however, control, in whatever form, shows up as restraint.  It’s restricting and disempowering to the woman in your life.

When all is said and done, women are looking for a relationship that involves trust, intimacy, respect, and appreciation.  These are the same things that men look for in a relationship, they’re just played out a bit differently.

When in doubt, ASK. It’s really that simple.  We’re usually quite willing to share the necessary information.

And, can I just hear an Amen from every women in the house!