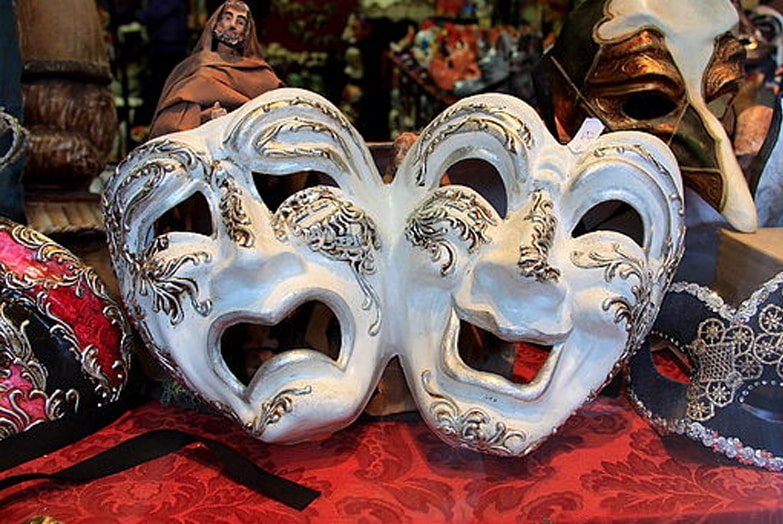 How to Break the Drama Addiction

One of the things I love about the New Year is that it’s about new beginnings.

We’re half way into the first quarter of the year now, but it’s still not too late to set goals to lose weight, earn more money, be better neighbors.

The list goes on and on.  Just think how different life would be if we didn’t have this milestone to get us back on track.

Oh, I know.  Much of the time we set all these goals, and, yet, the greater reality is that most of us don’t really stick to them.  By now, I’m quite certain that many of us have forgotten our New Year’s resolutions all together.  But, at least the New Year gives us hope that we can begin again.  We can change those bad habits.  Forgive.  Forget.  Move on.  Start over.

However, chances are that if you’re stuck in the drama rut, you won’t be too successful in creating anything new for yourself.   We all have natural moments of drama that hit us head-on.  We respond to these moments the best we can.  But, if you’re from an emotional family like I was growing up, it’s easy to fall into the trap of creating drama in your life.  I’m not sure about your family, but in mine, I think drama was what made the grown-ups feel like they had something exciting going on in their lives.

Before we go any further, let me explain what I mean by drama.  In my experience, it is the reaction or overreaction to daily circumstances, and this response is most often highly emotional and based on very little logic.  More often than not, it stems from the need to control a person or circumstance that is often outside your control.

Think of your reptilian brain as being in control.  It’s the child in you stamping your feet because you want your own way.

Drama can feel exciting.  It can make you even feel important.  When you engage in drama, you get to misbehave in ways you might not otherwise.  You may get to be angry, yell, scream, maybe even cry a little.

The problem with this emotional payoff is that drama rarely gets us positive results.

What drama gets you is, well,  more drama—and so the cycle goes.

Drama can falsely justify playing the role of victim.

I’m exhausted just writing about it.

So, Sharon, are you saying that I’m not a victim?

And, I’m not taking this stance from a judgmental perspective.  I’m stating this from experience.  Because I grew up in lots of drama, it’s still somewhat easy for me to succumb to that temptation if I’m not careful.   Here’s a few things that I’ve learned along the way that have helped me avoid this tendency.

How to Wipe Unnecessary Drama Out of Your Life Forever.

One of my friends who was having trouble with her boyfriend asked me the question, “How do you know if the guy you’re dating is really a good guy or not?”

My response?  We know.  We always know.

There were a million little signs that indicated this man, this girlfriend, this employee were not the one for the job.  Yet, for as many reasons, we take on the relationship thinking this person will be different with us.

I’m simply suggesting that it’s worth paying attention to how people express their thoughts.

Our language reflects what we are thinking and how we construct meaning. People tell us who they are, what they believe in, how they live their lives.  And, they tell you exactly how much drama surrounds them on a daily basis.  If you’re listening, you can at least make an informed decision as to whether or not this is how you want to spend your time, your life.

There are obviously real sound reasons to experience a lot of different emotions:  anger, frustration, loneliness, fear, resentment.  The list goes on and on.  But, drama shouldn’t be one of them.  Drama isn’t an emotion, remember.  It is a reaction or overreaction to a situation or circumstance.

We can avoid our own propensity to drama by developing awareness of our patterns of thought and behavior. (You knew I was going to say that, right, because I always say that everything begins with thought.)  You develop this awareness by paying attention not only to what you are thinking but to what you are actually saying out loud.

For instance, if I am in a reactive state due to some moment of  drama in my life, e.g., the revitalization of a heated argument with my father-in-law, it might be wise to take note of how and what triggered this reactive state such that I am responding to this situation in a negative way thereby creating more drama.   Get it?  My response actually creates more drama.

One way to avoid consistent drama beyond paying attention to your own thought patterns is to note the types of people you are drawn to and the types that are drawn to you.

Again, listen to what they are saying?  What are their patterns of speech?  Of behavior?  If you start to note the same types of situations coming up in their lives, there’s a possibility that they create drama.  And, you’re engaging in this process right along with them.

I know this sounds fairly obvious.  Still, I challenge you to sit down right now and draw up a list of people you know who always seem to have something “over the top” going on in their lives.  I’m not talking about those people who are living exciting, fulfilling lives.  I’m talking about those people who always seem to have some urgency or out-of-control situation in their midst.  And, it’s not the situation that is the issue.  It’s the way they think and respond to that situation that creates the drama.

The next thing you know, you are smack in the middle of it.  If you can’t avoid them all together, as in the drama queen is your mom, learn to support them in quiet ways that don’t enable them.  Thoughts for another time, but for now, just focus on determining who these people are in your life and how you can break the cycle of getting too involved in stuff that doesn’t belong to you.

Q:  What are three things you can do right now to break the drama addiction?