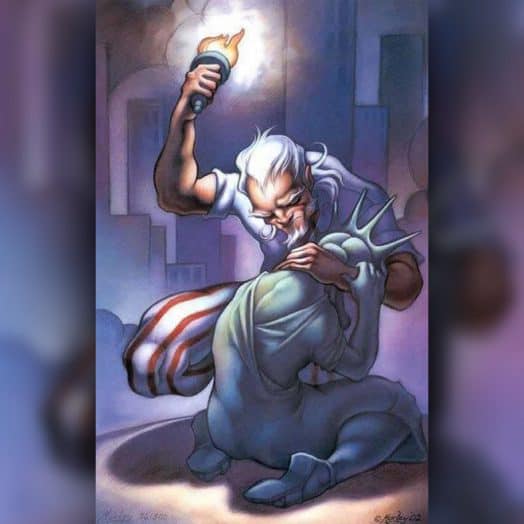 How to Let Go of Fear in a Chaotic World

I write this post just three days after the Paris massacre. I suspect that most of us are still experiencing great sadness and maybe even feeling quite fearful. The world as we know it has once again changed.

We are now a world on high alert.

If ISIS wanted to invoke global fear, they’ve done a good job. The question then becomes, do we allow fear to overtake us? Or, do we rise up and declare victory over our own hearts and minds?

There’s no question that the world is in chaos. We didn’t just arrive at this place last Friday. We’ve been moving in this direction for a long time. Yes, the circumstances are dramatic. Yes, chaos seems prevalent due to real time media, but the world has known chaos and evil before, and we will, no doubt, know it again.

How, then, do we let go of fear in such troubling times?

Obviously, the process of grieving and letting go is different for each of us. I don’t pretend to have the answers. Paris, whether you’ve been there or not, is a city we all love, a city we dream about. My husband and I were fortunate to visit Paris the Christmas after our son Michael died. I remember the City of Lights as breathtaking. I felt so blessed to be there at a time of mourning. Paris revived my spirit.

Now, it is Paris that mourns. And, with her, our hearts are broken. With brokenness comes fear. The world is changing whether we like it or not. How are we to make sense of these changes?

The Two Sides of Fear

Even fear has its purpose.

Fear is useful when we’re face-to-face with a monster because it makes us ever vigilant. It’s designed to put us in the flight or fight response so that we can survive. It also makes us appreciate our freedom, and it catapults us out of our comfort zone of complacency into purposeful action.

If fear paralyzes us, however, it’s harmful in that it only produces more fear—and, ultimately, more hate, more evil.

I’m not one to support fear-based decisions in myself or others, so I’ve adopted a few practices to keep me on target. My hope in sharing these practices is that somewhere in the midst of this chaos and fear, you’ll find a way to restore your own heart.

1. Acknowledge the Battle between Good and Evil.

Our world is in a place it’s never been before. No longer are we fighting wars between nations. We’re now fighting a spiritual battle between good and evil. We can only do so much with guns and tanks. We now have to to fight a consciousness of violence and destruction. And, this fight begins with the fight against the darkness and violence that lives within each of us.

In acknowledging this reality, I find that I have to let go of the things that I cannot control. I choose to focus more fully on my own spiritual development and how I might offer goodness to the people I touch.

What this means is that I do what I can to nurture those around me, to support social justice, and to alleviate pain and suffering. Sometimes, the only way I can do that is through prayer. Sometimes I can offer up time or money or purposeful advice. Sometimes the only option is to avoid the toxic voices of those around me—those who do nothing more than blame and makes excuses for their own inaction.

One thing I know I have to do is accept my own potential for darkness. I have to let go of my own propensity for judgment. I can champion justice without allowing room for hate to grow within my own heart.

I can do this because I know a God of love. Even so, he is a just God, so there is room for punishment, consequences for acts of evil against humanity. I have to remind myself that justice and love can be equal partners in restoration, but when I allow hatred to enter the scene, then, I, too, become one with the enemy.

I also have to remind myself that the world is not black and white. We live in a complex society. For every action, there is an equal reaction. The pathology of hate is incapable of responding to love, but I’m not willing to let it pull me into thoughts of darkness and evil.

If I allow my heart to fill with hate for the perpetrators of this heinous crime, I risk tumbling into darkness myself. I risk losing my capacity to love. All I know to do, then, is to ponder how these young men came to be without conscience. Yes, I want them to be brought to justice, but I also pray that they will come to know a God of love.

I believe strongly in being informed and in doing my part. I want to know the facts so that I can make good decisions. I want to support the best leadership.

But, have you noticed that we’re having more and more political debates with a larger number of candidates and that these debates are farther out from the election than in years past? Have you noticed that of the 30 minutes allowed for ABC nightly news, less than 14 minutes are dedicated to the actual news? This means that most of the time is dedicated to commercials. Fear sells and so do commercials, and we’re the paying audience. Sometimes I feel like a pawn in a game of political upheaval.

So, I’m extremely discerning about what I watch, read, and listen to. I watch ABC World News (in between commercials), 60 Minutes, and whatever journalistic reports necessary to help me stay abreast of what’s going on.

But, I don’t live in the noise.

I don’t let it dictate my life. I don’t have patience for extremist viewpoints even when they come from “well meaning” talk show celebrities or political correspondents who tend to feed on the drama and frenzy of the latest political debacle or world tragedy.

For me, today’s political banter serves no purpose. It only creates fear, builds cynicism, and generates hopelessness.

I refuse to participate.

I’m not exactly sure when we became a nation that blames the government for everything. I grew up in a country built on the breaking backs of individuals—many of them immigrants—who believed in hard work and taking responsibility.

Our Constitution is founded on values associated with individual responsibility. You remember, “by the people, for the people.” If you’ve ever read a federal regulation, and I’ve read many, the federal laws are deliberately ambiguous so that the state and local governments can expand upon and interpret the specifics based on what makes sense for their state and community.

Frankly, I’m tired of hearing about Obama and the Congress. Do I wish these guys would come together and do their jobs better? Absolutely. But, I also know that there are no simple solutions. No one man, no one branch of the government, can solve the complexities of our day. That’s like asking the sun to come up if the moon fell out of the sky.

The world is comprised of vastly complex systems that are interconnected. Our systems are broken and outdated.

Violence in our country is a great example. A friend of mine asked me just yesterday what laws I’d invoke regarding gun control if I had the chance. The point is, I don’t have that chance, but what I do know is that the problem of excessive shootings in this country has a lot to do with many broken systems: the breakdown of the family unit, pathological disorders and our inability to provide proper mental health care, lack of education, disinterest in our children, pervasive violence on television, and games that promote car theft, violence, and war. The list goes on and on. Gun control or the lack thereof is but one broken system.

The government can’t fix any of this. Each of us must do our part. We don’t need walls or more governmental regulations. In my estimation, we need to stop being so politically correct that we fail to take a stand. On anything.

Since I can’t control Congress or the President, I believe I have one clear choice. I do my part each day to be the best that I can be, and I refuse to be afraid. I refuse to allow fear, cynicism, division, and hatred splinter my soul such that I have nothing left to contribute. Such that I am so paralyzed by fear, I can no longer love.

And, this my friends, leads me to one last point.

4. Take Heart! There is Goodness in the World.

There are a lot of great things happening in our world. I’m so blessed in that I’m positioned in my work and in my life to witness and be a small part of some of it.

Yes, there is a movement of darkness, but the light always prevails. The Place de la Republique stands as a symbol of the French spirit and their values of Liberty, Equality, and Fraternity. That republic has been temporarily splintered by evil, but they are united in their declaration that they are not afraid. They will fight for the spirit of those values as should we all.

This spirit lives in each of us. We must work to preserve it. We can be outraged. We can mourn. But, we cannot risk hate—not even for a moment—for when we do—we become that which we abhor: