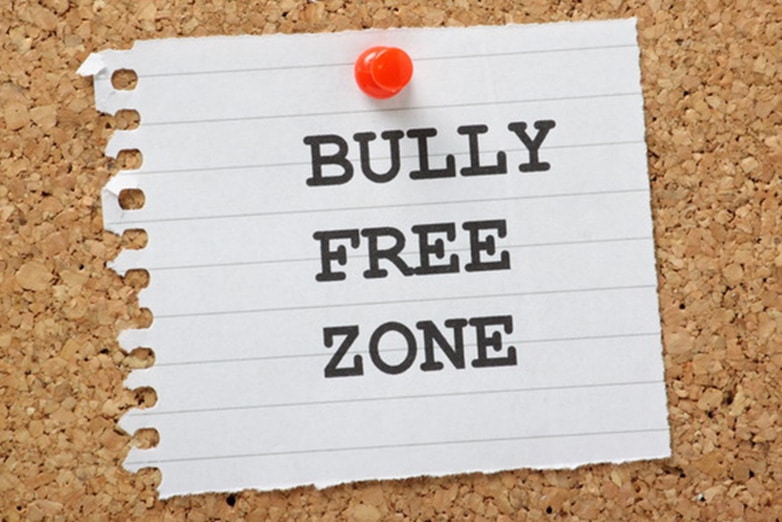 How to Stop Bullying People and Inspire

It was a bright weekday morning. The 42-year-old CEO of a global company found himself surprised by the tears streaming down his face.

The woman behind his local YMCA had made a simple request. Did he have an emergency contact number she could add to his profile?

In that moment, Krister Ungerböck realized something quite profound. Krister was a highly successful entrepreneur. He was fluent in four languages and adept at the language of management. He knew what it took to make things happen.

Still. He had no one.

Krister was forced to face the harsh reality. He lacked the ability to communicate from an empathetic stance. This failure had cost him both personally and professionally.

On this point, Krister and I agree: those first leaders are often our parents.

Krister recognized that, while his father was a good manager, his style of communication was often very critical. Without realizing it, Krister had adopted the same approach to communication with those on his team. In essence, he had become his father.

He knew he had to seek a better way.

What I know from my practice is that Krister is not alone. Many executive leaders struggle with communication. Often as a result of subconsciously taking on the style and characteristics of those who have lead them along the path of success. Whether it be parents or prior bosses, the outcome is often the same: miscommunication that results in poor outcomes.

The key word here is “subconscious.” I find that few leaders have awareness of this shortcoming. Their track record of success has convinced them otherwise, but the truth is that much of what we say, do, and think is rooted in hidden loyalties to some one from a past experience.

Some years ago, I worked with a leader in a C-Suite position who tended to seek constant approval from the CEO. The harder she tried to gain this approval, the more the CEO pushed her away. Over time, the gap in their relationship grew to the point where she felt her position threatened.

And, in fact, it was. Together we worked to untangle the dynamics underlying her family system, and what we discovered was that Casandra had unwittingly projected her relationship with her father onto the CEO. What she was really trying to do was gain approval from this disapproving parent every step up the ladder of success.

The outcome was disastrous. She consistently showed up emotionally needy, too often negating her own talent and expertise. Once Casandra acknowledged her hidden loyalty to her father, she was then able to make behavioral changes. Many of those changes included a shift in how she communicated with her boss.

The Language of Leadership

Krister and I agree that leaning into higher levels of communication (which means you have to literally learn and practice the language of leadership) results in change.

Where we disagree is on the process.

I suspect we’re both correct depending on the individual and the nature of the situation. Either way, commitment to the work is required. What’s most important is that leaders take an honest look in the mirror.

Based on results, is your style of communication working for or against you and the people you serve?

If you’re a leader who is putting out more fires than you are leading, it may be time to learn more about the language of leadership.

Fortunately, for those of us in the field, Krister Ungerböck has done the hard work for us.

In his upcoming book, The Language of Leadership: Words to Transform How We Lead, Live, and Love, he offers a unified language of leadership that drives connection, growth, and commitment both at home and at work.

Here’s just one little nugget that Krister and I talked about on The Other Side of Potential that is also referenced in the book.

According to Dr. John Gottman, the world’s foremost researcher on divorce and marriage, divorce can be predicted by observing a 20-minute conversation of an engaged couple.

I took a giant gulp when Krister shared this information.

Apparently, Dr. Gottman looks for four specific markers in terms of behavior and language that alert him to the potential success or failure of a marriage: contempt, criticism, stonewalling, and defensiveness.

As both a business leader and wife, I say, ouch, for I know I’ve been guilty of one or more of these approaches at any given time in my life.

Yet another commonality between Krister and I as he, too, admittedly professed his own guilt.

“When I looked back over my career as a CEO and all the fired and demoted executives, to include sales people and customers who had come and gone, I realized that these very same markers were a part of my own approach to leadership. Worse yet, they resulted in the loss of millions of dollars—lost revenue and profits. In some instances, even legal costs.”

Oh, yes. Mr. Ungerböck has something to say that speaks to each of us— painful as it might be.

Release date for The Language of Leadership is scheduled for Boss’s Day, October 16th. Watch for it.