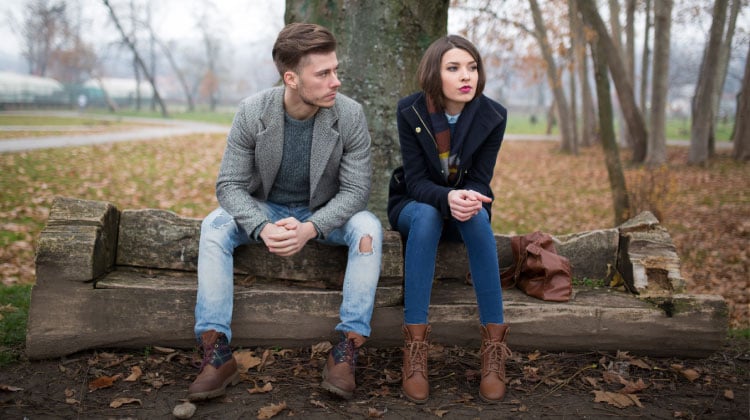 How to Stop the Passive Aggressive Habit of Silence

Let’s start with defining what passive aggressive communication looks like because I know that some of you are just trying to be nice. You may slide into silence because you don’t want to hurt someone’s feelings or tell them “no.”

There are many forms of passive aggressive communication. For now, I’m going to focus on silence because I think it’s often the most confusing. And, let me clarify that by silence, I don’t necessarily mean verbal silence. Sometimes silence can take other technological forms like ignoring an email that you don’t want to respond to. Or, pretending that your phone went dead because you want to end a conversation or you don’t want to take the call in the first place.

Why Should I Stop?

Stop because it’s harmful to others. Stop because passive aggressive communication is hidden behind the truth of the story. It’s buried beneath an undercurrent that makes the other person feel uncertain and insecure. This form of communication leaves the listener feeling confused and foolish. It damages the self-esteem of others because they feel unheard, ignored, and devalued.

And, to my Christian friends who avoid by stating, “I’ll pray on it and get back to you,” this is another form of silence. If you were really praying upon the request, you’d eventually offer some form of response. In my experience, a response rarely follows this remark. It’s a way to defer a decision or avoid speaking into the truth of the matter.

Passive aggressive communication also undermines the credibility of the speaker. If it’s a habit, you probably don’t even know you’re doing it, but trust me, other people feel the sting, and when they do, they stop trusting you or your message.

What Do I Need to Know to Stop?

Well, it’s a process. If you want to stop the passive aggressive habit of silence, you first have to understand the distinctions between aggressive and assertive communication. Chances are, you’re a good person who fails at assertiveness because you either don’t have the skill, you’ve been taught that silence is polite, or you’re confusing it with aggression.

Let’s unpack this a bit.

Aggressive communication is direct communication often delivered with the intention to make the other guy wrong or perhaps even harm the listener. While it’s not a place we want to come from, in some ways it’s less harmful than passive aggressiveness because when we run up against this form of communication, we’re plunged into the fight or flight response. In this space, we at least have a choice. We know what we’re up against, and we can either retreat or stand up to the challenge.

On the other hand, assertive communication is simply the ability to clearly and directly express thoughts or feelings without violating the rights of the listener. So, when I offer a direct comment as I did a moment ago about Christians, I’m not saying that Christians shouldn’t pray or that all Christians do this. It is not my intention to undermine Christianity or prayer, though some might interpret my comment as such. I’m simply stating what I have experienced. As the listener, you get to decide if you agree with me or not.

This, my friends, is the essence of healthy debate. We can respectfully speak into what we think, feel, and believe, from our own experience, but we can do so in ways that honor and allow space for others to do the same. Silence shuts down this opportunity. It slams the door shut and chokes any potential for healthy debate or critical response.

Silence is the ugly cousin of aggression.

Bottom line. Assertive communicators say what they mean and mean what they say; they’re only silent when they are gathering data or information in order to form a response. They rarely flip into an aggressive stance because they’re skilled at expressing their thoughts.

By contrast, a silent form of communication, even with the best intentions, is passive-aggressive because it is non-responsive and confusing.

How Do I Stop?

If you want to stop this habit, you must learn to master assertive communication. The first step is noticing when and why you step into silence or some other form of passive aggressive communication.

Start noticing the why and when of silence in your life. When do you go there? How does it show up? Under what circumstances? With whom? You’re looking for the “we” spaces that catapult you into some form of silence that keeps you from saying what you really mean in a thoughtful and direct manner.

When you discover the patterns of silent communication, you are now positioned for the freedom of radical change.

Once you’ve realized your patterns of passive aggressive communication, you then want to begin practicing what you want to say. Pick your most common scenario and develop a few short simple scripts that will help you slip into assertiveness until you get used to this level of communication as a way of life.

Your choice of words, tone of voice, and body language are elements essential to good assertive communication. Find the right words that communicate the heart behind your message. Play with these words until you find the language that works best for you in specific situations.

For example, when my son Michael was first diagnosed, I didn’t start out being assertive with his doctors. I didn’t have the language or the talent to be able to do so. Assertiveness was a skill I acquired much later. I started practicing in the super market with the produce guy who would tell me there was no more fresh Romain lettuce for the day. Or, the man at the dry cleaners who couldn’t get my clothes cleaned by Friday. I then graduated to airports and restaurants. By the time my son became critically ill, I was well versed in assertive communication, skilled enough to speak to the most adept medical expert. Little did I know how important that skill would be as Michael rounded the corner of his final days on earth.

If you practice assertive communication in places where the outcome is less vital, you’ll be prepared for those moments when you’re under fire. Small incremental changes over time create extraordinary results. Every time you master assertiveness in less urgent places, you are more equipped to exercise mastery when the stakes are high.

Finally, observe the response from the listener when you do go assertive. I love when my clients come back and report how amazed they were to find that an assertive response or request was well received by their listener. Most of the things they anticipate happening rarely do.

Mastery of assertive communication takes time and practice. But, you can begin by ending the silence of passive aggressiveness. The first step lies in a willingness and desire to be fully present to the wants and needs of others.

Open your heart, and I promise, the right words will come.

If you’d like to know more about how Sharon Spano works with her coaching clients on the mastery of assertive communication, you can schedule a free consult by visiting her website www.SharonSpano.com.