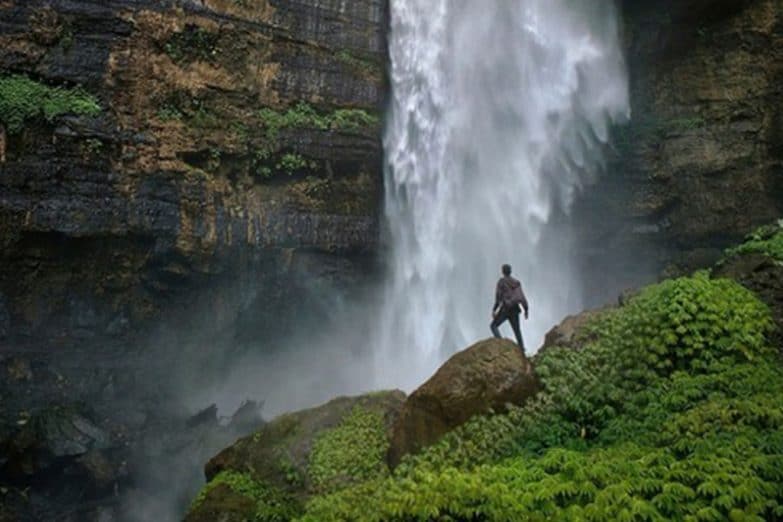 How Tragedy Can Catapult You to Greatness

In a recent podcast interview with renowned speaker, Dov Baron, I was reminded of how tragedy can sometimes lead us to the greatest parts of who we are.

Dov shared his signature story of how being a self-proclaimed adrenaline junkie eventually led him and a friend to climb a mountain—and not just climb in the way a normal mountain climber might do.

In June of 1990, these two guys decided to climb up the slippery ridge of Brandywine Falls where the water cascades off the edge of a 200 foot cliff. No ropes or supports. Just two inquisitive guys, soaking wet, enjoying a warm spring climb.

Then, you guessed it.

A 12-story free fall which virtually smashed Dov’s body to pieces. It’s a story Dov loves to tell because it was this seemingly insurmountable tragedy that led him, after twelve months of painful reconstructive surgery, on a quest for deeper meaning and purpose in his life.

Dov’s made a career out of telling this dramatic story. More importantly, his story has changed the hearts and minds of many.

I loved this interview, because we talked about things like internal and external purpose, consciousness, survival, resilience, being curious, and basically how to develop the capacity to transform even the worst tragedy into an opportunity for personal growth.

Not just growth for our own sake, but as Dov so eloquently put it, transformational growth that points to a greater capacity to serve, love, and lead.

I totally align with Dov’s beliefs about personal transformation. I, too, began such a process when our son Michael was born with a rare metabolic disorder. This journey continued throughout his 27-year-life span and prepared me for yet another tragedy.

In 2004, Michael became critically ill, and for the next four years, we were in and out of hospitals. I learned a lot through Michael’s suffering. After his death in September 2008, I learned even more; when I, too smashed to pieces. Now, ten years later, I still continue to morph and change from the lessons he taught me.

The road through tragedy is never easy. It’s much like that rocky precipice that Dov and his friend attempted to climb. It started out as a glorious spring day, and the next day, it all smashed to pieces.

As Nietzsche notably stated, What doesn’t kill you, will make you stronger.

But, being a strong survivor isn’t necessarily enough.

We all know people who are survivors, too often bitter and cynical as a result of their adverse journey. These are the people who view themselves as victims. They lace their language with “why me?”

So, what’s the difference between someone like a Dov Baron and a person who’s stuck on victimization?

No surprise there, right?

Everything is about perspective, you might say. But, how does one go about gaining a more positive perspective against tragedy when you’re in the midst of it?

I could speak volumes on how to gain a more forward-thinking perspective, but I believe the most important thing I can offer in this moment is that one doesn’t wait until tragedy hits.

I’m not suggesting that you spend your life preparing for tragedy. What I am suggesting is that you live your life with the highest level of meaning and purpose possible each and every day.

Purpose requires that you know who you are and what you’re called to be about in the world. It also means that you do the hard work of grounding yourself in some deeper truth beyond your own egocentric needs and desires.

Dov does a great job of exploring how he himself engaged in this process.

Bottom line. Perspective must be supported by wisdom of the ages. It is this wisdom, in whatever form it takes, that supports you in your growth and development. When you are grounded in such wisdom, you are prepared for the life circumstances that will knock you sideways.

And, rest assured. Life will hit you in some way or another.

One of the biggest questions I often get is how did I survive the death of my son Michael.

The simplest answer is this.

I didn’t begin preparing myself for loss in 2004 when Michael became critically ill. I began the journey of self-discovery from his diagnosis in 1982 so that I could love him well and, in the midst of all our adverse circumstances, somehow find a way to not just survive but thrive—for both our sakes.

Listen to how Dov Baron transformed his own life as a result of a near death experience, in this podcast episode.

So much wisdom in this man’s heart.

Here’s to your highest potential!