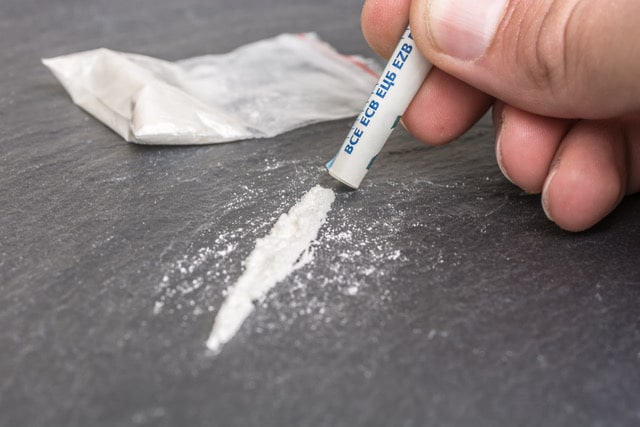 In my early 20’s, I worked for a very prestigious law firm in downtown Los Angeles. It was the height of cocaine euphoria—and no one thought much about it because, well, cocaine was considered an elitist drug. Something cool people did at posh parties in Beverly Hills.

I don’t think anyone understood at the time the dangers of the drug, but I witnessed it first hand.

It started with my first day in this particular firm. I was excited to be working for one of the partners. That afternoon, he casually suggested that I check on a package that was being picked up by our internal courier from someone across town.

I tracked the man down and was told that he was stuck in traffic. Would it be okay to deliver the package first thing in the morning?

My boss hadn’t indicated an urgency, so I saw nothing wrong with giving the courier the leeway until morning.

In the early evening, my boss unexpectedly returned expressing a desperate need for the package. When I told him that the courier would be delivering it first thing tomorrow, he went ballistic.

Months later, I would learn that the late delivery was a package containing cocaine.

I haven’t thought much about the many unsettling moments that followed that first-day-on-the-job experience in years.

What I once believed was an isolated incident in my own life is now an epidemic.

The Truth about White Collar Addiction

White collar addiction can happen to any one of us. At the very least, it’s all around us. Addiction is disrupting our businesses and our lives. And, it has nothing to do with how intelligent or successful you are or the fact that you went to all the right schools. Actually, many of these factors are at the heart of addiction for those at the upper end of the socioeconomic spectrum.

According to Zimmerman, author of the memoir Smacked: A Story of White Collar Ambition, Addiction and Tragedy, the number of American professionals who suffer from addiction is increasing in astonishing proportions.

What’s shocking about her poignant story is that these numbers are increasing in professions that exemplify American success: law, medicine, finance, and technology.

Zimmerman carefully constructs a riveting narrative about her own ex-husband’s demise. Peter, like my boss years ago, was also a very successful attorney. When his own grandiose ideas of success and the pressure of performance became too much, Peter sought relief through daily injections of cocaine and crystal meth.

Spoiler alert: there’s no happy ending to this story. What Zimmerman does do is offer a vivid picture of how easy it is for any one of us—whether it be in our personal or professional lives—to overlook the warning signs of chronic drug abuse.

While there are no longitudinal studies of substance abuse amongst our most prominent professions, her extensive research into the cause and effect of white collar addiction clearly gives business owners and leaders reason to pause and consider how we structure and scale our companies.

How do we train and educate our employees to recognize substance abuse? What kind of culture can we develop to support a better work environment? How do we mitigate the internal and external losses associated with such abuse?

What Do the Stats Tell Us?

Peter, representative of just one professional, was spending an estimated $8,000 a month on drugs. Multiply that number by the emotional stress placed upon employees and co-workers and the cost to the firm to include health insurance, sick days, disruption to clients, and loss of reputation.

According to the National Institute on Drug Abuse, over 70,000 Americans died from a drug overdose in 2019. These numbers are broken down by specific drugs, but they do not indicate the percentage of while collar addicts.

What this means for those of us in business is that we don’t even know how to calculate the impact of white collar addiction on our companies until after the damage is done.

What Zimmerman’s research alerts us to as business owners is that many of these professionals started using drugs in high school or college, and the pressure of achievement eventually resulted in mental health issues like anxiety, depression, or bipolar disorder. While there is evidence of genetic predisposition to addiction, there is also evidence to suggest that 90% of abusers indicate some type of trauma in their lives.

Substance abuse in all its many forms is a complex issue. Fortunately, Zimmerman has done some of the hard work for us. I don’t typically recommend memoirs to my clients, but this book is a must read for any business owner as it offers clean evidence of the symptoms of white collar addiction and the reasons behind such abuse, some of which we can mitigate in our own companies:

Obviously, business owners cannot be responsible for every aspect of an employee’s life. But, as leaders, you are accountable for the culture you foster. Unfortunately, in my practice, I encounter far too many people struggling in toxic work environments.

If you want to create a healthy, sustainable business, start by examining your company’s Vision, Mission, and Values to make sure that your systems and processes not only align with where you want to take the business but that they also support your people in living from their highest potential.

A great place to work culture can’t necessarily prevent white collar addiction, but you don’t want your business to be the source of such destruction either. By putting the proper infrastructure in place, you can be a source of prosperity and wellness, and, in doing so, be a solution to a very complex problem that is costing businesses around the globe a great deal of time, money, and heartache.