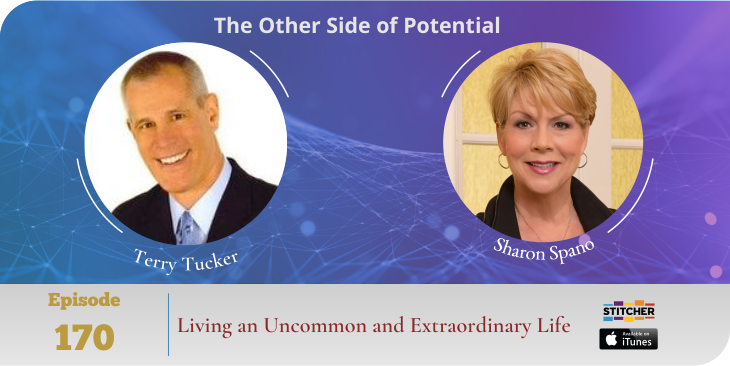 Living an Uncommon and Extraordinary Life with Terry Tucker

We are in a time of great complexity and exhaustion, and many people are feeling as though they’re ready to give up. We have seen a tremendous increase in anxiety, depression, and suicide. Today’s guest, Terry Tucker, has not only been through a litany of diverse experiences, but he has also been through the ups and downs of life and is uniquely qualified to help us see the other side of potential. Terry believes that no matter what you’re going through, there is a way to reinvent who you are. He is convinced that anyone can live a life of significance by being a source of solace, inspiration, and even clarity of purpose to another human being out there.

Terry has been an NCAA Division I college basketball player, a Citadel cadet, a marketing executive, a hospital administrator, an undercover narcotics investigator, a SWAT Team Hostage Negotiator, a high school basketball coach, a business owner, a motivational speaker, an author, and most recently, a cancer warrior. In 2019, Terry started the website, Motivational Check to help others find and lead their uncommon and extraordinary lives. He is now also the author of Sustainable Excellence: Ten Principles to Living Your Uncommon and Extraordinary Life.

Tune in to hear how Terry’s past experiences have informed his perspective and how he has managed to face cancer and a leg amputation with such positivity. In this episode, we discuss how the principles in his book may help us embrace our next steps in light of the challenges that we’re up against as individuals and as a society in these complex times. Don’t miss this inspirational episode that provides a roadmap to how you can find and lead your uncommon and extraordinary life!