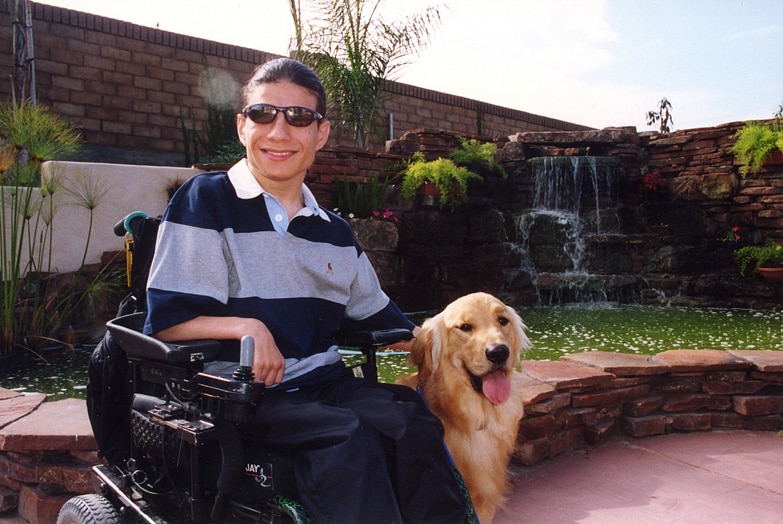 September 1st marks the beginning of a 17-day journey down memory lane.  Memories I wish I could erase.  Memories about the last 17 days of my son Michael’s life.

The loss of a child is one of the hardest things that any parent endures.  It’s been four years now.  Some things are easier.  It’s true what they say about time.  I can’t say that time heals all, but it does toughen the scar.  Yet, every year, on September 1st, I begin the day by looking at the clock.  Tick, tock.  Tick, tock.  I remember the exact moment in time when I received the call that Michael was in trouble.  And the moment of his words, I love you and dad.  The shock of code blue/red, whatever.  And that final black hole I fell into when he took his last breath.  All those horrid memories flooding in, and my wishing I could have stopped time, turned back the clock.  If only I could have done or said something different that would have reversed the circumstances.  Even still, I have these thoughts.  Not only through the September days of mourn, but each and every morn.

In her last book, Grief and Griefing, Elizabeth Kubler-Ross spoke to this issue of regret.  For me, it was a significant moment in the grieving process when she made me realize that, in the end,  there is ultimately something that will go ary.  If only we had tried one more doctor or a new medication or . . . and on it goes.  But in the end, there is something that doesn’t work out.  If it were otherwise, we would all live on forever.

With that thought in mind, I try to live out each day remembering the many glorious years with Michael.  Years of laughter and joy.  He was an amazing young man who beat the odds.  Born with a life-threatening metabolic disorder, he lived well beyond the predicted age of two to the ripe young age of twenty-seven.  A life cut short, as the saying goes, but a life well lived–with a gusto and intentional purpose that few of us enjoy.

Kubler-Ross speaks to the five stages of grief.  I suppose I’m in the acceptance stage now.   I accept that I will no longer smell the sweetness of his hair or hear him chunkle at a joke gone bad.  Still, I can’t believe that Michael has been gone four years.  Some days it feels like an eternity.  Other days, it was but yesterday that I heard him shout out the latest NFL score.

So, how does one move through the process of grief?  Whether it be from loss of a loved one, a divorce, or loss of employment or a  home, grief is grief.  It comes in stages, and it’s different for each of us.  Here’s a few things I’ve learned along the way.

Believe:  Know that God has a plan for all things including an exit strategy for each of us.  In the end I learned that I only thought I had control of Michael’s life.  In the end, God removed me from the picture, and the moment of departure was between the two of them.  I was a bystander, watching, waiting, hanging on to that spirit which had already moved on.  It’s a sacred moment to watch someone you love transition on to what most of us believe is a much better place.  Honor the sanctity of those moments.

Decide:  I made it a point to take good care of myself through the process.  My brain and body were completely ravaged after Michael’s four year illness and the final seventeen days.  I barely knew my own name.  We have to get up and get on with it.  There’s work and responsibilities.  Our society doesn’t allow much time for grief and mourning.  I took it anyway.  In the early morning hours when it was just me, Michael, and God, we found our way through to the other side.

Let Go:  In the second year, I made another decision.  I would always grieve the loss of Michael, but I didn’t have to mourn him each day.  To me, they are different concepts.  Grieving is an action word; mourning is a state of being.  So, I gave myself permission to grieve while he was suffering, during his transition, and after he died.  Then, I made a decision to shift to a being state of peace and joy.  Yes.  It is a decision.  We have that power to change our thoughts.  That’s what separates us from the ones who are four-legged.  I even declared the second year a year of joy.  Michael would have liked that notion.

Love:  Sometimes it’s difficult to love again after such a loss.  My tolerance for others and their nonsensical lives (or so it seemed) was really low after Michael passed.  I had to find other ways and other people to love.  When you shut down the pain and sorrow, there is always a danger of shutting down the emotion of love.  I focused on God.  He’s a pretty easy guy to love if you just give it a shot.

So, there you have it.  I’m off to my September days of mourn.  I will honor the tradition of reminiscencing about my son over the next few weeks.   And, I’ll try to do so without getting too remorseful.  Michael would hate that.  He was the guy that told me thirty days after 911 that it was time for us to be happy again.  And, so it is.  I’m trying my best, Michael.  Really, I am.

Q:  What are some of the ways you have dealt with loss or grief?