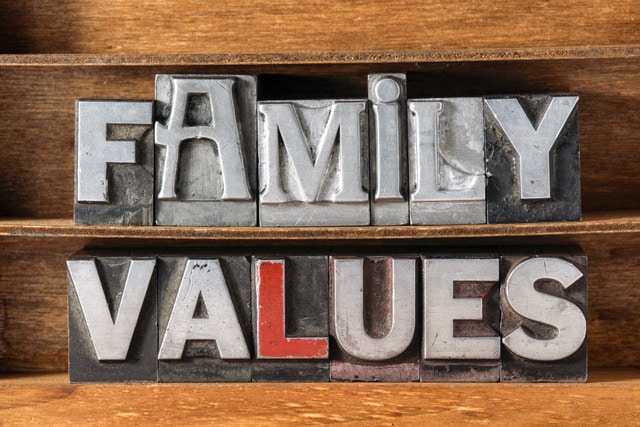 Stop Using the Word “Family” to Describe Your Employees

An interesting question keeps popping up as I see more and more family-owned business leaders lean into a culture where everyone has a voice.

There’s a lot of different ways we’re describing this shift away from command-and-control leadership, but almost every family-owned business principal I meet wants to refer to their employees as “part of the family.”

In their estimation, this phraseology somehow lends itself to a culture where everyone seamlessly gets along to ultimately generate greater results. As if the word “family” in and of itself has the power to produce such magical outcomes.

Nothing could be further from the truth.

Need I remind you that families rarely get along seamlessly. At best, the nature of family systems is messy, and if you’re attempting to create a family culture in your business, let me be bold enough to say, you’re asking for trouble if you think describing your employees as “family” will do the trick.

It’s a beautiful thing to say that we’re all “one big happy family” in this together. But, the truth is, you’re not all family. As the old adage goes, blood really is thicker than water. When things get tough, hard decisions have to be made. Rarely will founding family members be the first to go. You can call it nepotism or whatever you’d like. The truth is, when the family has to come together to make those hard choices, they will more often than not make the best decision for the family and the business.

Employees innately know this, so why pretend otherwise.

I’ve seen a variety of issues rise up as a result of employees being tagged as “part of the family.” It’s rarely pretty. The most common complaint I hear from an employee is, “Yes, I was part of the family until one day I wasn’t.”

Maybe someone overheard family members talking amongst themselves about someone’s performance. Or, maybe a long-standing employee is finally let go. Worse case scenario, a loyal, high-performing employee is passed over because a younger family member shows up on the scene.

Whatever the situation, the message is the same: We’re family; you’re not.

The point is, no matter how solid your culture, employees know in their heart of hearts that they’re not really family. They intuitively know that if they cross a key family player, there’s a good chance they’ll be tossed aside like grandma’s tired leftovers.

So, why sugar coat the truth? Why not call a spade a spade?

If you want to create a family-like culture, do the hard work of establishing one. Determine your family values and how you want those values lived out in the work place each and every day.

I know of one business owner who simply referred to his employees as “our corporate family.” At least this distinction offers up a more accurate boundary, one that helps everyone understand their place in the system. What this basically says is that we will treat you as a viable part of the team, but we expect you to carry your load. We expect you to live by our values. If you fail to do so, you will lose the right to be a part of this team.

Telling someone that they’re part of the family, when in reality, they work for the family, is a false way to go about creating a collaborative work environment. Yes, it’s a nuanced semantic that some might argue doesn’t really matter, but based on what I’m seeing, I’m telling you that it matters a great deal.

Additionally, using the word family as a platitude intended to drive production is an inappropriate way to engage your employees. Why not honor and respect them for who they are, create a culture based on values, hold family members to the same standard, and watch motivation and production rise. Anything short of this will come back to haunt you when you least expect it.

I’ve seen organizations dismantled by this lack of clarity. I certainly hope yours won’t be one of them.