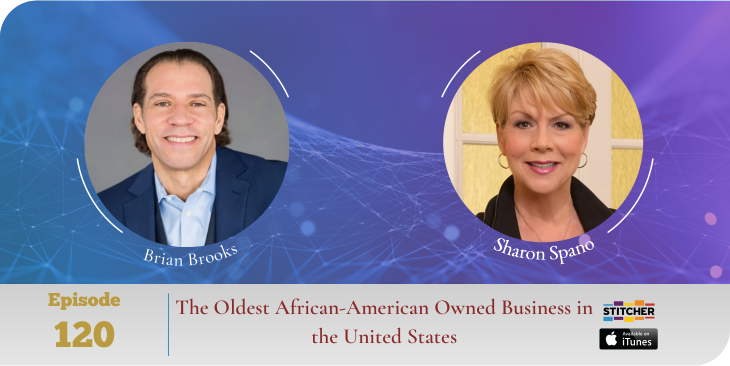 Founded in 1881, the E. E. Ward Moving & Storage company leaves behind a long legacy of excellence. The company is the oldest continually operated black-owned business in the nation. In its nearly 140-year history, the E. E. Ward has developed a reputation as one of the most trusted and respected moving companies in the country and continues to uphold that reputation to this day.

For 120 years, E. E. Ward Moving & Storage was a family-owned company, which started as a stop on the Underground Railroad. In 1881, John T. Ward launched the company with his son William, only consisting of two horses and a wagon, flourishing into the well-established company it is today. In 2001, Brian Brooks purchased the company from Eldon E. Ward, when there was no family succession plan in place or other family members interested in taking over the business. Brooks has had long ties with E. E. Ward prior to acquiring it, as his father was a lawyer for the company. Brooks, along with his wife, has a strong commitment to upholding the values and strengthening the legacy of E. E. Ward.

Since Brooks’ purchase of the company, he has led its team to great success. E. E. Ward has been the recipient of multiple accolades, including but not limited to; the Ohio Minority Supplier Development Council MBE Supplier of The Year award, three-time recipient of the BBB of Central Ohio’s Torch Award, Pillar Awards for Community Service, Corporate Caring Human Services Award, Diversity In Business Award and the highly coveted Agent of The Year Service Excellence Award from the American Moving & Storage Association. Brooks has also partnered the company with NASCAR Hall of Famer, Richard Petty as the official mover.

With the numerous awards and accolades received, it’s clear that E. E. Ward is being lead to success by Brian Brooks. His commitment to the company has helped it uphold its core values and strengthen the legacy it’s created in its nearly 140-year history. With quality and integrity, the company and Brooks will succeed far into the future.

“We want to be a part of that story that continues on with the legacy of the company. And for being a provider of an excellent customer experience.” — @eewardmoving [0:42:55]

“Anyone considering purchasing a family business, don’t get caught up in the emotion, don’t shortchange your due diligence.” — @eewardmoving [0:46:36]

“We’re socially conscious people and we are thankful for what we have been given opportunities to have and do and been able to do. We’ve tried to leverage our resources.” — Brian Brooks [0:37:44]

“If you’re purchasing a family-owned business and if you plan to keep any of the family members, that is something that probably no document is going to cover, or protect you with all the nuances that you’re going to run into.” — Brian Brooks [0:47:09]