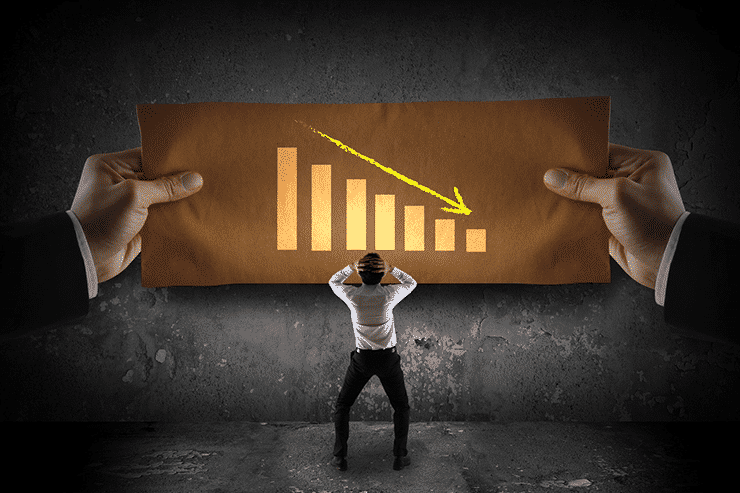 The Truth about Leaders Who Make Fear-Based Decisions

Consider this a wake-up call. If you’re a business leader or entrepreneur, you must come to understand how fear-based decisions, often rooted in scarcity thinking, lower the morale and engagement of your people.

It’s just that simple. You must. For the sake of your business and the people in it.

Now, let’s unpack the what and why of this premise a bit more:

What is a fear-based decision?

One of the questions I’m most often asked in relation to my new book, The Pursuit of Time and Money is, Sharon, what do you mean by scarcity?

Simply stated, scarcity thinking stems from a deep seated belief that there isn’t enough or that I am not enough. Scarcity is rooted in insecurity, and we often live out that insecurity by way of fear-based decisions which only equate to an increased cycle of scarcity.

Scarcity manifests itself, then, in fear-based decisions. For example, if sales are down, I might elect to fire my sales manager without exploring other causes for the decline.

Who are these guys and are you one of them?

Fear-based decisions often reside within a leader who has a high level of expertise such that he doesn’t know what he doesn’t know. He has a limited perspective, and his failure to engage in due diligence coupled with his inability to take in new information compounds the problem.

I find that even when leaders who operate from scarcity thinking do their homework, their due diligence is often limited to what they already perceive to be true. Such leaders are actually just gathering evidence to be right about what they already know.

In my experience, leaders who make fear-based decisions often do so for a very specific reason. They are well-meaning individuals, but, too often, their decisions are based on one metric: money.

Don’t misunderstand me, we are charged with being good stewards of the bottom-line, but when we make fear-based decisions based on any one metric, we risk causing a rippling effect on the overall business.

What is the impact of fear-based decisions?

Whenever you make a decision that is based on fear and scarcity, you don’t really solve a specific problem or issue. You actually create a bigger one.

Because the system in which you operate your business has a life of its own. In fact, the people within that system often have the innate ability to know when the system is out of balance. They innately understand that a fear-based decision is rarely a good one.

People, then, become uncertain and unclear as to their role within the organization. They may begin to question what the company really stands for and if its purpose is even viable. Trust begins to diminish, and increased fear leads to disengagement and a reduction in performance. Depending on the nature of the initial decision, there are additional rippling effects that continue to sweep through the business, the devastation often unrealized or quantified until it’s too late.

Loss of customers, high turnover, and cynical attitudes among those left behind are just a few residual effects that I witness far too often. The organizational culture begins to dramatically shift from one of energy and momentum to one where people feel undervalued, misused, and abused.

Let’s say that you’re in some type of industry related to a specific product and sales are down. Maybe you’ve been questioning the tactics of your sales manager. Maybe he’s the best in the business, maybe he’s not, but if you make a decision based on sales alone and decide to terminate this person, you’re more likely than not going to miss several other factors in the equation.

What if your systems and processes are off course for how you conduct sales in general?

What if your product itself is simply failing to meet the needs of the customer?

What if the rapid changes in the world economy are impacting the overall viability of your product or service?

An unwarranted or poorly planned termination is a sure fire way to generate fear, uncertainty, mistrust, and low morale in any business.

Never underestimate the power of fear amongst your team or your workforce. They can smell a bad decision, and if they don’t understand the reason for the decision in the first place, they will make up their own story and begin gathering evidence to make the leadership wrong—even when you make a wise decision.

Bottom line: You can avoid making fear-based decisions by exploring multiple perspectives about any given person or situation. There are ways to do so without seeking negative information that supports you in being right.

Stay tuned, and I’ll show you how to do just that in the next post.

Consider the last business or life decision you made. Was it based on fear, and if so, what was the source of that fear? Can you name it?

What was the impact of your decision?

If you want to learn more about how how fear-based decisions may be linked to your way of doing business, check out my latest book, The Pursuit of Time and Money: Step Into Radical Abundance and Discover the Secret to a Meaningful Prosperous Life at www.TheTimeMoneyBook.com.