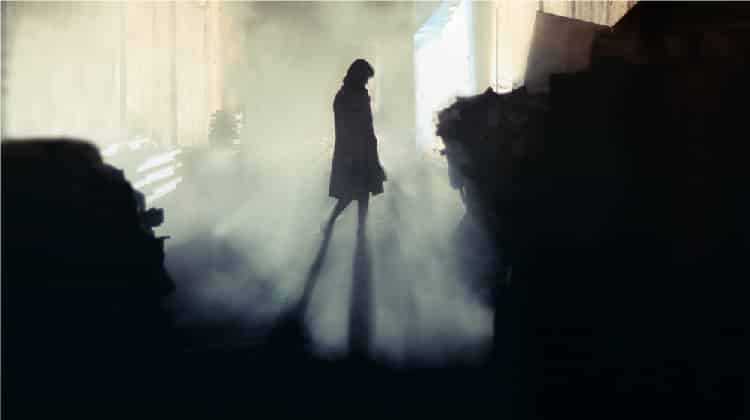 Obviously, the word “toxic” is a relative term. What might seem like toxic to you could easily be an employee who is justifiably angry or frustrated. As a business leader, it’s your job to know the difference.

The simplest move is to first define what toxicity looks like in this individual. What are the specifics of her actions? You are then positioned to question her as to what’s going on in her worldview. The point is to gain a deeper understanding of exactly what’s motivating the behavior.

You’ll also want to make sure you’re not diving into the snake pit based on hearsay—that you’re giving her the benefit of the doubt. At the same time, you want to be assertive enough to let this person know that you have higher expectations. Be specific. You can’t expect someone to change if they don’t know what’s expected.

Sounds simple enough, but I can assure you that a lack of specificity is often where things unravel. The boss or leader typically feels that he’s communicated clear expectations, but I find in my practice that this is rarely the case.

The following steps will help you make sure that you’ve done your part in resolving a toxic situation. Let me emphasize the word “situation” because if the person in question truly lives from a toxic perspective, it’s doubtful you can do much to change such a deep seated attitude.

It’s your job to at least try.

Moving through this cycle will help you to clearly recognize if your employee can make the necessary changes or if it’s time to transition her out of the company.

Step One: Identify the Source of Toxicity

When a toxic individual brings negative energy into a company, it can be disruptive to the point of impacting the entire culture. Think of it as poison in the water cooler. You’ll want to take stock of your company systems and processes. Is this person showing up as toxic because they are truly annoying, disruptive, or even harmful to the business and those around them? Or, is he perhaps disgruntled because you’re not living up to your duties and responsibilities? In other words, are you supporting people, systems, or processes that are keeping him from effectively doing his job?

If the corporate structure appears to be in order, you can look to the individual’s attitudes and behavior. Someone who shows up as toxic is often far off stage from the rest of the team (though don’t discount the fact that toxic people are masters at pulling people along with them).

Being out of kilter with the rest of the team has many faces: Disappointment or anger when everyone else is ecstatic, incessant backstabbing or turf guarding, blame over responsibility, the need to have power and control. The list goes on. The toxic employee is typically the one to stir the murky pot of dissension and disrupt whatever good things are happening.

Examine the source of the toxicity. Know what it tastes and feels like, and you’re now positioned to take steps in the right direction.

In my practice, the number one mistake I see in these types of situations is the leader who hangs on too long to a toxic employee because he thinks he can either turn things around or he just doesn’t want to go through the time and expense of seeking a replacement. But, holding on to someone who is toxic can actually cost the company more time and money in the long run.

There are so many ways that a toxic person sabotages our bottom line. One, they take up considerable managerial time so while you may be dreading the cost of a new hire, consider the amount of time you’re spending on repeated redirection and problem solving with this particular individual.

This person may also be costing you money in that you’re probably losing potential new customers. And, what about those amazing employees who simply leave because, unbeknownst to you, they simply refuse to work under toxic conditions?

Do a little research, and I’m sure it won’t be too difficult to determine the impact this employee is having on your bottom line.

What are the toxic weaknesses and how do they realistically contribute to the overall success of the company?

This is a very important question because, as leaders, we can easily overlook weaknesses because it’s far easier to convince ourselves that the person is essential to the operation. But, is he really? If this individual is toxic to the point of actually costing the organization time, money, and talent, it’s your responsibility to find other people in the company who are fully capable of contributing as much with far less drama.

If you find that the employee is really worth saving, then ask yourself what you can do to help her regain a greater sense of control. If you are clear on the corporate values, expectations, and the person’s roles and responsibilities within the organization, you can clearly communicate, perhaps even mentor or coach this employee to another level of performance.

In my role as a consultant and integral coach, I am a firm believer that it’s the responsibility of leaders to do everything in their power to develop and influence others to their highest potential. Once you’ve done this level of analysis, the path forward becomes crystal clear.

You’ll be surprised at how quickly you will come to see whether this person is worth keeping or if it’s time to make a change. The point is, you want to make sure that you’ve done your part as a leader to ensure that the individual has been given every opportunity to contribute. It’s true that there are considerable cost factors in both time and money every time you bring on a new employee. And, whenever a person leaves the system, engagement to those left behind is also at risk. However, when good employees see that you fail to address a toxic situation, you lose credibility and engagement all the more.

Leadership requires a disciplined and balanced awareness of when it’s time to lead, train, or coach and when it’s time to let go of someone who’s already left the building. You want to make sure that you’ve done everything in your power to help someone stay in their valued position when it’s appropriate to do so, but you also don’t want things to drag on to the overall detriment of the company.

If you’re dealing with a toxic relationship either at work or in your personal life, is there something within the current system begging to be heard? And, if so, what is being asked of you to resolve this situation or this relationship?

If you want to learn more about how toxicity is rooted in perspectives of scarcity, stay tuned for my latest book, The Pursuit of Time and Money: Step Into Radical Abundance and Discover the Secret to a Meaningful Prosperous Life (to be released Summer, 2017).