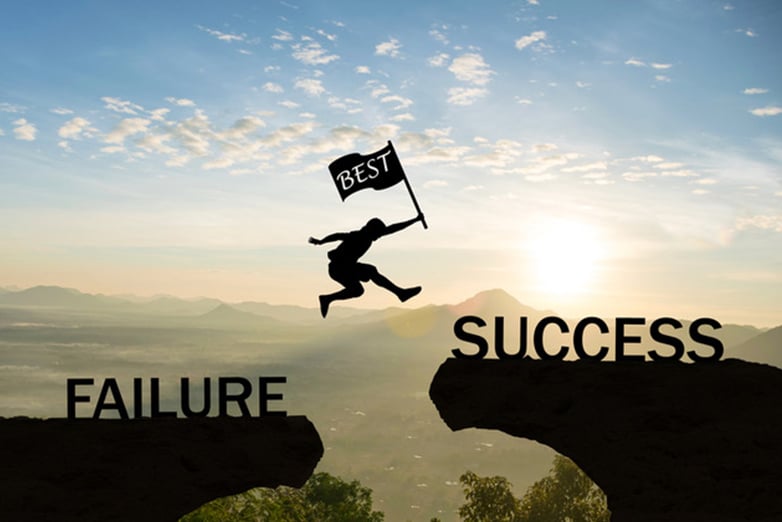 What Would You Do if You Knew You Would Fail?

Most of us, at one point in time or another, have had fear pop into the equation of business and life. We’ve heard the typical question put before us: what would you do if you knew you wouldn’t fail.

In my recent interview with Christian Chasmer, however, he put forth a very different question: What would you do if you knew you would fail?

When Christian first threw the question out, I must admit, I was a bit stumped. As we took a deeper dive, however, I knew exactly what he meant. This very question spearheaded an epiphany for Christian when it was put before him some years ago. In that moment, he realized that the six-figure real estate company he was building was fun. It just wasn’t fulfilling.

Christian instinctively knew he had to move beyond monetary success to a place where he could live out his passion.

How does a successful entrepreneur at the ripe age of twenty-something come to the realization that a change must be made? I marveled at Christian’s self-awareness as he told me the story.

Chris’ extended family was basically made up of criminal and drug addicts. His dad passed away from cancer when he was 11, but, he had this amazing mom who told him he could do and be anything. While money was scarce, he learned that “money got you things, and it created freedom, but it didn’t create happiness.”

From this premise, Christian boldly stepped into successful entrepreneurial pursuits because he wasn’t afraid to take calculated risks because, even at an early age, he knew that happiness is internal, not external.

How does a young man in his twenties come to a realization that most middle-aged adults fail to recognize?

First of all, Chris didn’t fall victim to the sadness of his circumstances. He chose, instead, to focus on the man he knew his father would want him to be. He made a promise to himself and is dad that he would make his father proud. This promise became the cornerstone for his success.

Chris also did a few other things along the way:

Learned from his early mistakes in business.

When constant turnover plagued his first business, he realized that he probably wasn’t a very good leader. This lead him to develop systems of success. His focus was to treat his customers and his employees better, and he began by putting them first.

Engaged in a daily practice of reading.

Chris is a natural and gifted student, so reading wasn’t necessarily a big step. Even so, he sought out wisdom literature and, in doing so, became increasingly clear about his own leadership style and the way he wanted to conduct business and live his life.

As Chris progressed in knowledge, wisdom, and strategy, he knew he needed someone to walk along side him. A coach was the obvious choice, so he hired a professional to hold him accountable along his journey. Someone who could help him grow into this next phase of leadership and life.

Today, Chris is one of the most dynamic leaders I know. As a young boy, he was bit by the entrepreneurial bug that so many of us enjoy (at least most of the time), and he hasn’t stopped since.

Today, he leads two companies each poised to spearhead personal and professional development for both entrepreneurs and children. With the help of these practices and some professional guidance, he and his team have an extraordinary vision: to change the educational system to include a curriculum that teaches kids mindfulness, entrepreneurship, personal development, and financial literacy.

Question of the week:

How does your work, in whatever shape or form, impact the greater good?