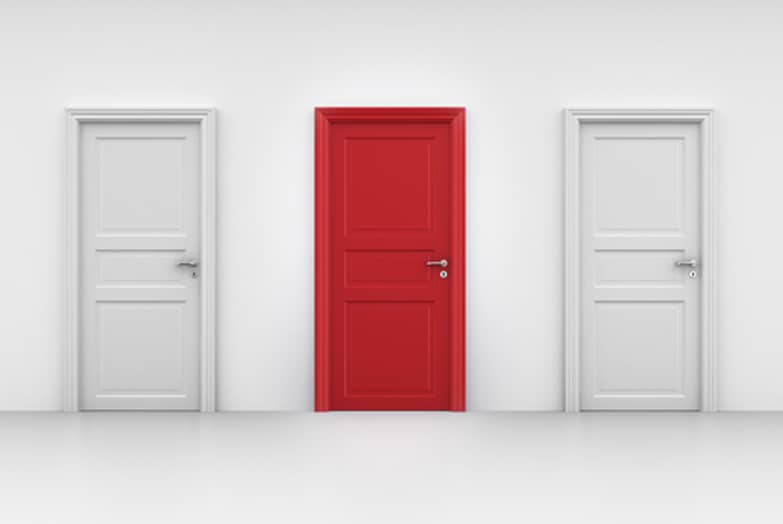 Which Door Will You Choose?

The renowned James Taylor was in Orlando last Tuesday night. Some friends of ours invited us to his concert. I have to admit, I haven’t been a big follower of his music, so I was pleasantly surprised. Truly, the best “band” of talent I’ve heard in a long time.

Even now, almost fifty years later, Taylor is a musical legend. Some kind of troubadour with a powerful poetic message. And, in the middle of all that talent, he offered up something that struck me as a really important message relevant to how we live out our experience of business and life.

I seem to be receiving these messages from the oddest places these days. Maybe God is trying to tell me something.

So, there was Taylor, sitting up on that stage singing his heart out. Then, somewhere mid-way through the concert, he shared an interesting story about the time he auditioned before Paul McCartney and George Harrison.

The year? 1968. The location? Their Apple recording studio in Soho, London.

My husband and I gave each other a quick glance as in, really? I can’t imagine what it must have been like for an unknown artist of twenty something to audition before two of The Beatles’ most prolific song writers. If you’re too young to know who these guys are/were, Google it.

“I walked through that door,” he said, “and, there on the other side, was the rest of my life.”

Now there’s a visual! And, for the next four decades, he would be hailed as one of the great musical talents of a generation. At the ripe age of 66, he’s on tour again, packing arenas across the country.

Think about it for a minute. How many doors do we walk through on a daily basis, in a lifetime, without having any inclination that this door, this choice or decision, has the potential to alter the course of our lives?

Maybe we start a business that wasn’t meant to be. Maybe we hire the wrong person or stay too long in the wrong place for the wrong reasons. Maybe we stay home and miss the race all together. Or, sometimes we get it all right, and fail to even notice.

These are the stories we live on a daily basis. Our choices, conscious or otherwise, matter. They matter because choices always have consequences.

It apparently wasn’t all roses for Taylor. According to the tabloids—who knows for sure—there have been battles with drug addiction and several failed marriages. Seems that first door opened the door for some negative life experiences. Such is life.

Even in this, however, there is a lesson of redemption. Yet, another choice.

I’ve written and spoken about this idea of choice for years. In fact, the very first seminar I ever designed was titled, The Power of Choice. Just because I believe in that power, however, doesn’t mean I always get it right. I’ve made some bad choices in my life. What I’ve learned along the way, however, is that how you come to make sense of those choices is just as important as the choices themselves.

On the ride home Tuesday night, my husband and I decided to be more intentional about the doors we walk through. No regrets about choices gone bad. It’s all an opportunity for learning and growth. Even the bad choices build character.

In just a few short weeks, we’ll be moving into 2015. Hard to imagine, isn’t it? I hope you won’t just haphazardly stumble into the New Year. I hope you’ll join me in being more intentional about which doors you choose to walk through.