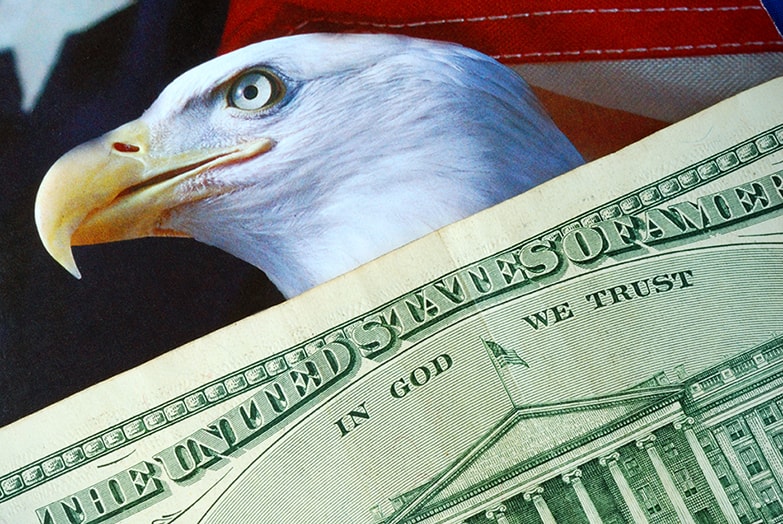 Why God Rocks and Trump is Missing the Point

When I first entered the speaking industry many years ago, I had the privilege of working with an amazing coach. Her job was to help me flush out my “signature story.”

At the time, I had one primary theme: Principled Leadership: Integrity in the Workplace.

I had designed keynotes and seminars around this topic, and I loved teaching it. When I mentioned this to my coach, she shook her head in disbelief.

“You can’t talk about integrity in corporate America, Sharon, “ she cautioned. “No one will hire you. No one will listen.”

Juanell and I debated this issue for over two days. On the second day, she finally agreed that I was on to something.

You see, this conversation took place long before the fall of Enron and the debacles of Wall Street. I was speaking in over a 150 cities a year at that time. What I’d witnessed in my extended travels was that people were suffering.

They were beaten down by poor leadership. They were fearful of cut throat colleagues who wanted to steal their jobs. Too many hours. Not enough money. Kids on drugs. The list went on and on.

So, I spoke about integrity in an effort to stop the bleeding.

The funny thing about integrity is that we all think we have it until we realize we don’t. When I held up the mirror, people were shocked to discover that sometimes we’re the root of our own misery.

I’m wondering if that’s not where we are right now. A nation so glued to the circus of politics we don’t even know that we’re the root of our own problems.

If we want to make America great again (can I say this without being sued, Donald?), we have to remember that we were built on Godly principles.

Yes, this nation was founded on values of honesty, integrity, and free trade—all which originally stemmed from early Judeo-Christian perspectives. This isn’t to say that people from other religions haven’t played a significant part in our history. But, we are great because we believe in freedom, and there can be no freedom without responsibility.

The Donald seems to be trying to make this very important point, but he’s missing the point himself. He didn’t invent responsibility. God did. And, responsibility must be cloaked with generosity, compassion, and wisdom.

Can We Have One Moment of Truth Over Political Rhetoric, Please!

We don’t have to trademark truth. We just have to live it.

I’m tired of politicians pandering to the camera, and I suspect you are too.

I spoke about principled leadership and integrity so many years ago because it was the only way I knew how to offer up Godly wisdom without offending the diversity of my audience.

At the end of each day, I had people at the front table from every religious persuasion telling me how that teaching spoke to their hearts.

They would quote words they’d heard me speak—things I’d never even said—ideas that were linked to their specific faith or belief system.

I began to realize that people hear truth in their own “language” because truth is truth. No matter how you couch the subject, the spirit of truth will ring through.

I also quickly discovered that people wanted to trust and love and laugh again.

They thought I had a secret, and in fact, I really do.

Maybe we should try putting God back in the conversation. Perhaps we need far less media blitz from politicians who think they’re god.

God isn’t the problem. Evil is.

Yes, the world is ever-changing, but we don’t need Donald to save us. It’s already been done. God is in the house.

When we think about the economic turns the world has seen, I’m pretty sure we’ll be okay. It’s God’s economy. It’s our job to discern what’s good for our own families, our communities, and this country.

We each have to do the work to make it right.

We have to remember who we are: One nation under God.

What’s really not cool is shootings in our schools, children dying, our politicians lying, friends without proper medical care or a roof over their head.

No one man or woman can solve our complex issues, but God can. Our job is to draw him close, listen, and respond.

I’m also thinking that perhaps we miss the point of God because we’re deafened by the radical expression of hysteria that comes from our very own. Yes, Christian talk show hosts who’re holding listeners hostage to fear instead of helping them responsibly trust in God.

That, my friends, is not cool.

Remember one thing: The God of love does not divide.

The One who gave us rivers and trees and mountains and snow and flowers and birds, babies, barracudas, and bears—the creator of all things beautiful—does not divide.

And, when a talk show host—Christian or otherwise— attempts to divide, for any reason, that message does not come from God.

Let’s Get Our House in Order

If no one person can solve our problems, you’d better believe the government can’t either.

I guess I’m hoping that we’ll turn off the political circus, and somewhere in the midst of this insanity, a humble leader will rise up, speak from goodness, do the right thing, and help us remember how to exercise our own person freedom, choice, and responsibility such that we restore order to our country.

Because the truth is, we don’t care how rich you are, Mr. Trump. We need leadership that reminds the American people that it’s up to each and every one of us to live from principle and integrity such that we contribute to a greater society.

Political Rampage Over, I Promise!

When I get to the end of my days and stand before God, I pray—if he has a physical image at all—that he will have long flowing hair like the God I’ve imagined since I was a small child.

Please, God. Not a comb over!

And, one more thing, God.

Can I just witness a debate between you and the Donald? Just once.

Now, that would be entertaining.

Until then, let’s just try and remember that God does bless America.