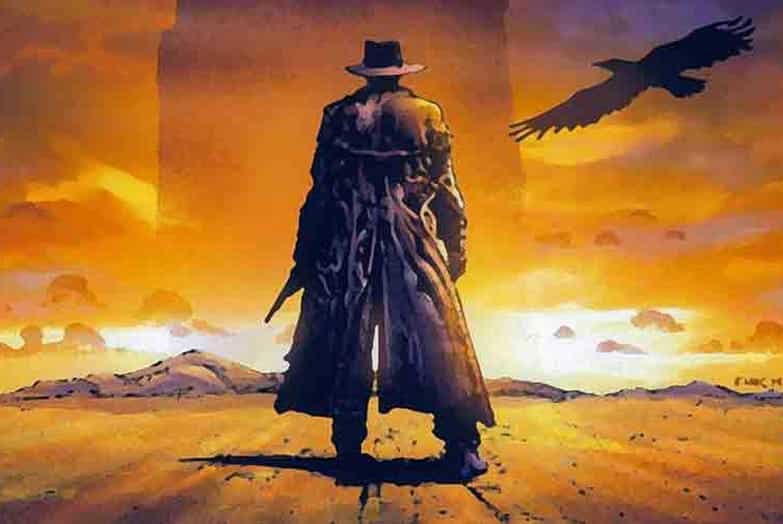 I’m married to a gunslinger entrepreneur.

I only just realized this a few days ago as I was trying to explain to someone on our team what it takes to be successful in business. For the sake of conversation, let’s take a step back in time. Those ole’ western movies can teach us a lot about what it means to be an entrepreneur.

There Were Good Guys and Bad Guys

The very word “gunslinger” conjures up acts of violence.

The outlaw was arrogant, mean, flashy with his pistol, quick to shoot from the hip, and had little respect for the law or human life.

Those bad guys made money by robbing others. With their snarly mustaches and black hats, they were evil. Their “earnings” were mainly used for gambling, whiskey, and women. The outlaws didn’t contribute to the economy by owning property or raising cattle. Instead, they focused on their own egocentric desires. When they ran out of money, they’d steal and kill some more.

Yet, history tells us there was another kind of gunslinger. The good guy. Think of the lawman Wyatt Earp.

Here’s what he had to say about the gunslinger:

“The most important lesson I learned . . . was that the winner of a gunplay usually was the one who took his time. The second was that, if I hoped to live on the frontier, I would shun flashy trick-shooting-grandstand play—as I would poison . . . In all my life as a frontier peace officer, I did not know a really proficient gunfighter who had anything but contempt for the gun-fanned, or the man who literally shot from the hip . . .“

What Does Any of This Have to Do with Being an Entrepreneur?

We’re in a new frontier of business, and it’s frighteningly complex and competitive. You get to choose. You can either be a good guy or a bad guy.

Fortunately, I’m married to one of the good guys. My husband’s taught me that we can either do business the hard way, or we can enjoy the trip along the way.

Here’s a few other things I’ve learned from my gunslinger entrepreneur about how to have more fun making money—and for all the right reasons.

Stick to What You Know

When you’re an entrepreneur, it’s tempting to get into too many things or, worse yet, to pretend that you know more than you do.

As Wyatt reminds, don’t shoot from the hip. Honor your own level of expertise. Do what you do best. Yes, you’re in sales in one form or another. But, avoid being that flashy, boastful sales guy that makes people run from the room. You don’t have to gun down your competitor in order to get the business.

Create value for your customers. Be authentic to your calling. If you’re passionate about your business, the sales process will be fun and easy because you’re eager to share your products and services.

Be Consistent and Persistent

One of my husband’s expressions is, “You can’t hunt from the cave.”

What he essentially means is that you must consistently prospect for new business.

And, you must be persistent in how you nurture your existing customers.

The gunslinger entrepreneur knows that his business is based on relationships. Your customers are your business. It’s a simple notion that’s easily forgotten.

In today’s world, this means that you must have a data base of contacts, and you must have an integrated system that allows you to connect with your customers F2F as well as via technology.

Staying connected is the fun part. From there, the money flows.

The old western gunfighters didn’t have as many show downs as the movies would have us believe. Gunslingers, good and bad, understood their competition well.

Knowing the talent, skill, and expertise of those around them allowed for a healthy respect of one another. The old adage, “You don’t want to bring a knife to a gun fight” holds true today in business.

Know who you’re dealing with and be prepared. Unnecessary confrontation only breeds more confrontation. Whether it be with a customer or a competitor in business, think of ways to negotiate your way through the situation.

What I’ve noticed most about my husband as he works to negotiate a land deal is that, like Wyatt Earp, he takes his time. While he may assertively express his expectations, he’s never emotionally attached to the outcome.

Gunslinger entrepreneurs, then, are direct and to the point, but they have mastered the art of negotiation such that they maneuver through and around unnecessary confrontation. They also know when a deal is dead and when to move on.

Avoid a gunfight at all costs. It may hurt you more than you realize.

Remember that Your Reputation Counts

Gunslingers like Wyatt Earp have become mythological icons in our western culture because we hold them as courageous and bold against the forces of evil.

There will always be someone in your midst— whether it be customer, employee, or competitor— who decides that you’re a bad guy doing business the wrong way.

Through the years, my husband has repeatedly reminded me, “Don’t worry about the other guys. Let them worry about you.”

By this he means, do the right thing. While he has knowledge and a healthy respect for his competitors, he doesn’t waste time comparing himself to others.

When we start second guessing what others are saying about us, we’re doomed. If your business is built on strong values, and you live by those values, your reputation will stand. And, you’ll make better business decisions along the way.

This ability to get things done stems from a high level of expertise, confidence, focus, and a willingness to embrace calculated risk.

In other words, know your territory and just get out there and do it!

Use Your Time, Money, and Talent for Good

Wyatt Earp used his talents for the good of the town. As entrepreneurs, we’re called to do the same.

I’ve watched my husband earn significant amounts of money through the years. I’ve also watched him demonstrate a keen sense of generosity. He’s eager to offer up his time, money, and talent in a variety of ways.

Sometimes it’s money to someone in need. Sometimes it’s about mentoring someone new in the business. Often, he’s connecting two or more major players so that they can generate more wealth between them.

What I know is that a gunslinger entrepreneur enjoys the game for the sake of the game. The money is a residual effect, a resource to do good.

As I’ve watched my husband through the years, I know that he enjoys the freedom of sharing his time, money, and talent with others because he knows that it’s from the space of giving that he can create more.

The gunslinger entrepreneur is free, then, from the constraints of fear. It’s not that he doesn’t have a healthy respect for all that could go wrong, it’s just that he doesn’t allow himself to be paralyzed by the fear of doing business in a messy world.

After all, as my gunslinger entrepreneur is often heard to say, “How long can you be scared?”