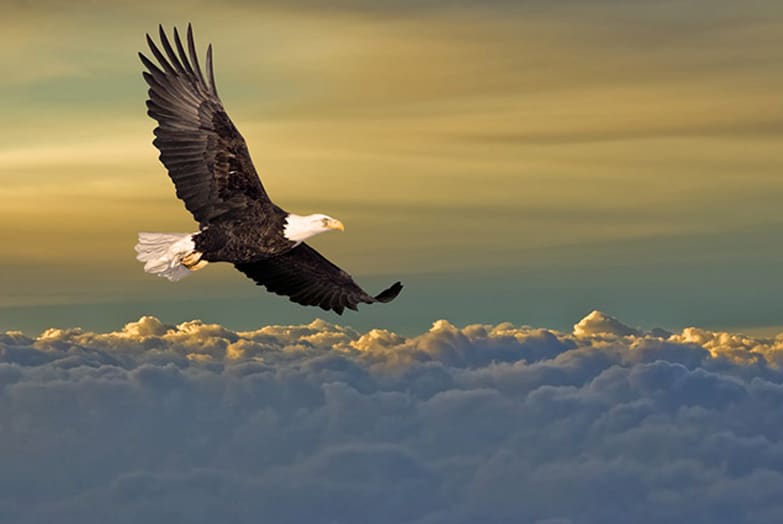 You Can’t Turn a Duck into an Eagle or Can You?

In the early years of my career, I used to think that if I just worked harder and loved more, I could turn a duck into an eagle. In reality, I think I was actually putting undo pressure on the ducks to live up to my expectations and perhaps be something they didn’t want to be.

Let’s explore this analogy a bit further as a way to be more available as leaders.

Think of the ducks in your business as those reliable, diligent, loyal people on your team. They’re important to the overall operation, but they’ll never be eagles. They simply don’t have the wing capacity to soar that high.

I interpret the phrase “sitting ducks” as vulnerability. Your business ducks may not always be as ambitious as you’d like. They’re probably not self-starters. They may show up as complacent and settled where they are—the least likely to embrace change or training and development.

Nonetheless, they have a role in your organization because they offer up consistency. As a leader, you may need to protect their role within the company. If you had a room full of eagles, life could get overly competitive and complicated.

The point here is to support these members of your team. You want to encourage their unique contribution, but you don’t want to spend too much time trying to develop them into something that is not compatible with who they are.

Most eagles know they’re eagles. You can tell who they are because they perform miles above and beyond everyone else. They stand out. Think about it. You don’t see eagles overhead in flocks. They often fly high and alone.

Here’s where things get complicated.

You have eagles in your organization who think they are ducks. Your job as a leader is to empower them so that they, too, can experience the freedom of being a fully realized eagle.

As leaders, we can help them rediscover their true capacity for greatness.

I don’t think I can sum this premise up any better than through a wonderful story set forth by Anthony de Mello in his book The Song of the Bird (1981).

“A man found an eagle’s egg and put it in a nest of a barnyard hen. The eagle hatched with the brood of chicks and grew up with them.

“All his life the eagle did what the barnyard chicks did, thinking he was a barnyard chick. He scratched the earth for worms and insects, he clucked and cackled. And he would thrash his wings and fly a few feet into the air.

“Years passed and the eagle grew very old. One day he saw a magnificent bird above him in the cloudless sky. It glided in graceful majesty among the powerful wind currents, with scarcely a beat of its strong golden wings. The eagle looked up in awe. ‘Who’s that?’ he asked.

‘That’s the eagle, the king of the birds,’ said his neighbor. ‘He belongs to the sky. We belong to the earth—we are chickens.’ So the eagle lived and died a chicken, for that’s what he thought he was.”

The author Anthony de Mello uses chickens and would have us contemplate this story for the meaning it brings to each of our lives. I like to think of ducks rather than chickens because of their ability to add significant beauty to our landscape of life and work.

Either way, this parable gives us something to think about as leaders. The deeper question to be asked and answered is, Do you have people in your organization who are misunderstood, misplaced, or marginalized?

We never know the internal stories that people carry when they enter our companies. As I contemplate this parable and how it applies to my own business, I am reminded of three important things that I am called to do:

For me, this means that I must be intentional in how I respond to the needs of people on my team, even when—no, especially when, I am tired, frustrated, or overwhelmed.

This intentionality also means that I ask relevant questions to gain greater insight. I listen and learn from their individual responses so that I can be available to help them grow and respond to their inner and external challenges.

Yes, as the saying goes, you can’t turn a duck into an eagle. You can, however, be an effective leader such that you support everyone in your organization to be their highest self.

As leaders, that’s our job. It’s why leadership matters in the first place.